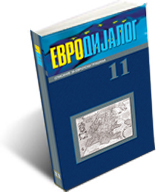 Summary/Abstract: This paper represents analytical review toward the notion of multilateral international relations determination of the European Union and of course its qualitative reminding of the issues declared in the “Declaration on European identity”. In that context, it presents the relevant historical explication and analysis of the main essence of Declaration. According to that, in the text are presented the main elements of multilateral axiological fundament, as ideological and global political determination of the EU, in the past and now. According the aspect of Declaration itself, some concrete connotations for Europe’s identification are concluded, as a known political object with own international identity, capable for implementing multilateral actions in the international relations with other subjects. Actions, which are derived from the “belief” in the international law and the potential of international institutions, towards creating functional multilateralism as a distant European global political vision.