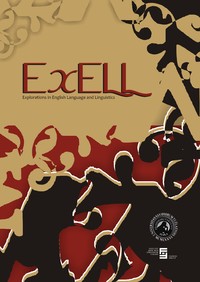 Summary/Abstract: As the constituents of thoughts, concepts play a key role in human’s categorisation and interpretation of the surrounding world, in fixing our cognitive experience and forming individual judgements. The paper considers the representation of the nationally biased (ethno-specific) concept MAIDAN as one of those functioning not only in Ukrainian but also in pan-European and global socio-political discourses of the recent years. Specifically, leaning on lexicographic data the study focuses on reconstructing the notional layer (informative core) of the concept and on identifying the differences of its content as featured in kin Slavic (Ukrainian and Russian) and distant Germanic (English and German) languages and linguocultures.The paper suggests a consecutive methodology based on lexicographic methods of analysis. Such methodology helps to define the sets of notional conceptual features subjected to further comparative interpretation. The procedures described in this paper give way to subsequent stages of conceptual analysis and discourse representations. The paper also provides preliminaries to the state of inconsistency between the systemic and utterance meanings of the language expressions of MAIDAN-concept that pose a limitation for comprehending the concept when transmitted to a different linguoculture.