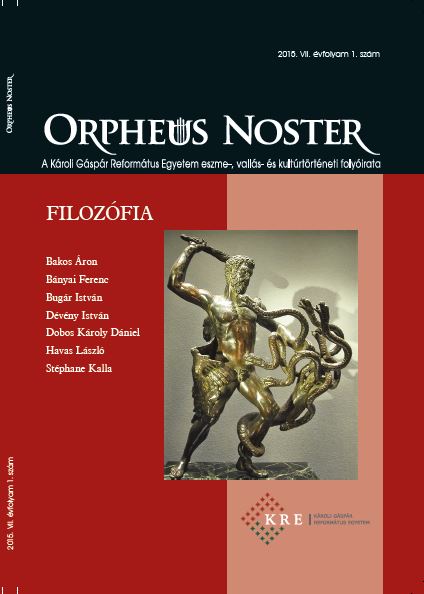 Summary/Abstract: This study investigates how a healthy human environment was preserved in the past, both physically and mentally. The author introduces some famous Greek deities, who were responsible for health. From this varied palette is taken Heracles, who had an important role in creating valuable and safe human surroundings. Romulus and Caesar, two prime figures in the Roman world, are mentioned; they had magic powers over health, although they were mortal persons. The same nature was attributed to the Christian emperors of the Middle Ages, such as Charlemagne, Otto I, Henry II and the first Hungarian king, St. Stephen I. They all wanted to create the Heavenly Jerusalem on earth. One thing in common in these groups of deities, heroes and kings was that, as a thaumaturge and Christus medicus, they could possess healing and purifying abilities to improve their human environment.

A saecularis gondolat mint irodalomalakító tényező Rómában Secular thought as a literature creating factor in Rome 2001 Figyelő Reviews 2011 Florus és a Nagy Sándor-hagyomány Florus and the Alexander the Great 2011 Az uralkodói és polgártükör mint irodalmi műfaj gyökereihez The roots of the ruler and citizen mirror as a literary genre 2012 Egy fejezet a Biblia magyarországi recepciójából A Chapter in the Reception of the Bible in Hungary 2013
2022 © CEEOL. ALL Rights Reserved. Privacy Policy | Terms & Conditions of use
ICB - InterConsult Bulgaria core ver.2.0.0809