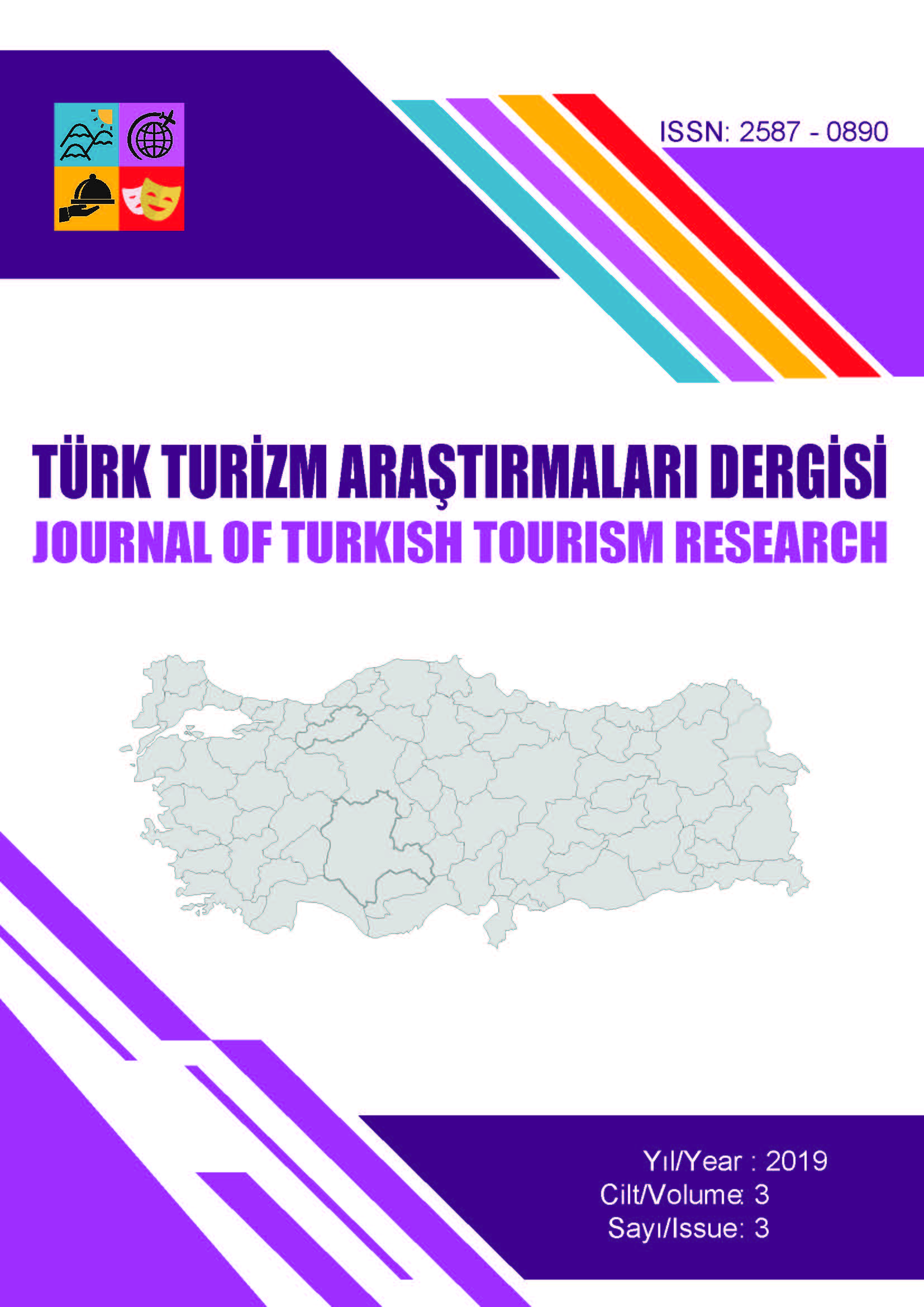 Summary/Abstract: Chronism in the literature as co-favored nepotism has become a situation encountered in many areas today. In this research, the kitchen departments of the hospitality companies within the tourism sector are discussed in terms of chronology. In this context, the study was conducted to investigate the relationship between the chronism perception of the employees of the kitchen department and the variables of job satisfaction and intention to leave. The research universe consists of kitchen departments in Muğla accommodation establishments. The sample is Marmaris accommodation businesses kitchen departments. The hypotheses were tested by correlation and regression analysis and the results were obtained. As a result of the study, it was found that each dimension of chronism (process chronism, chronism in promotion, chronism in the recruitment process, wage chronism, chronism in performance evaluation) has a meaningful relationship with the intention to leave the job, and it has a negative and significant relationship with the job satisfaction dimension.