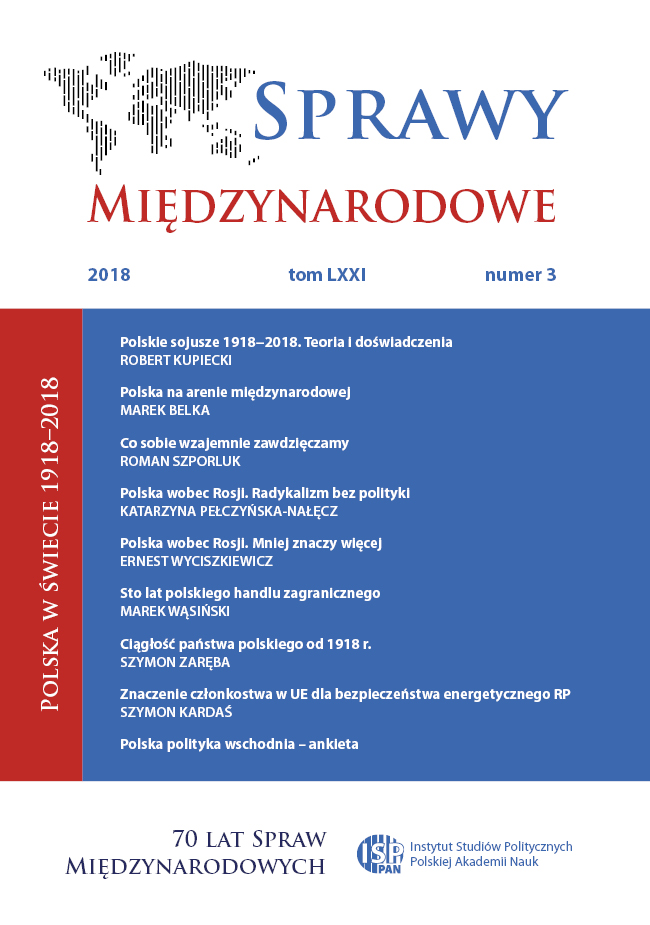 Summary/Abstract: The aim of the article is to analyze the cooperation in the Baltic Sea Region and to assess its potential from the perspective of Poland. The hypothesis assumes that the development of cooperation in the region contributes to the deepening of integration, but it does not reduce in the expected pace the still visible disparity between countries. As a result, Poland is still in the group of those with comparatively (relatively) weaker economic conditions and with unused potential. At the same time, acquiring experience in this dimension of cooperation, Poland not only notices the resulting benefits and opportunities, but also intensifies activities in the area of the northern dimension of the state’s foreign policy. To investigate the thesis the characteristics and analysis of integration activities in the Baltic macro-region have been made, with particular emphasis on the EU dimension (such as the EU Strategy for the Baltic Sea, EUSBSR) and the other regional cooperation formats, mainly in the framework of the Council of the Baltic Sea States (CBSS). Then, the potential of the region and Poland’s involvement in cooperation in the Baltic Sea basin was evaluated. Finally, it allowed to show whether and how and how effectively Poland defines its interests in this region.