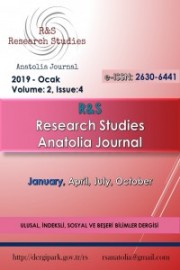 Summary/Abstract: 20th Century Modern Jewish Theology includes important discussions a large variety of subjects mainly about Institutional Judaism, Modernization and Religiousness. Following 17th century Early Modern Enlightenment Era and the 19th century Haskalah movement played an important role in 20th century Modern Jewish thought by supporting attention provoking discussions. Contrary to British Judaism which he got educated in, Louis Jacobs’s perspective is more compatible with Conservative Judaism which is more prevalent in USA and Canada. Important discussions of 20th century Reformist and Conservative Judaism such as development of Halaska, interpretation of Holy Book, individual against modernization and religiousness can be followed in his writings. In this work, a general look on Louis Jacobs’ thoughts is presented regarding British Judaism and problems about its era.