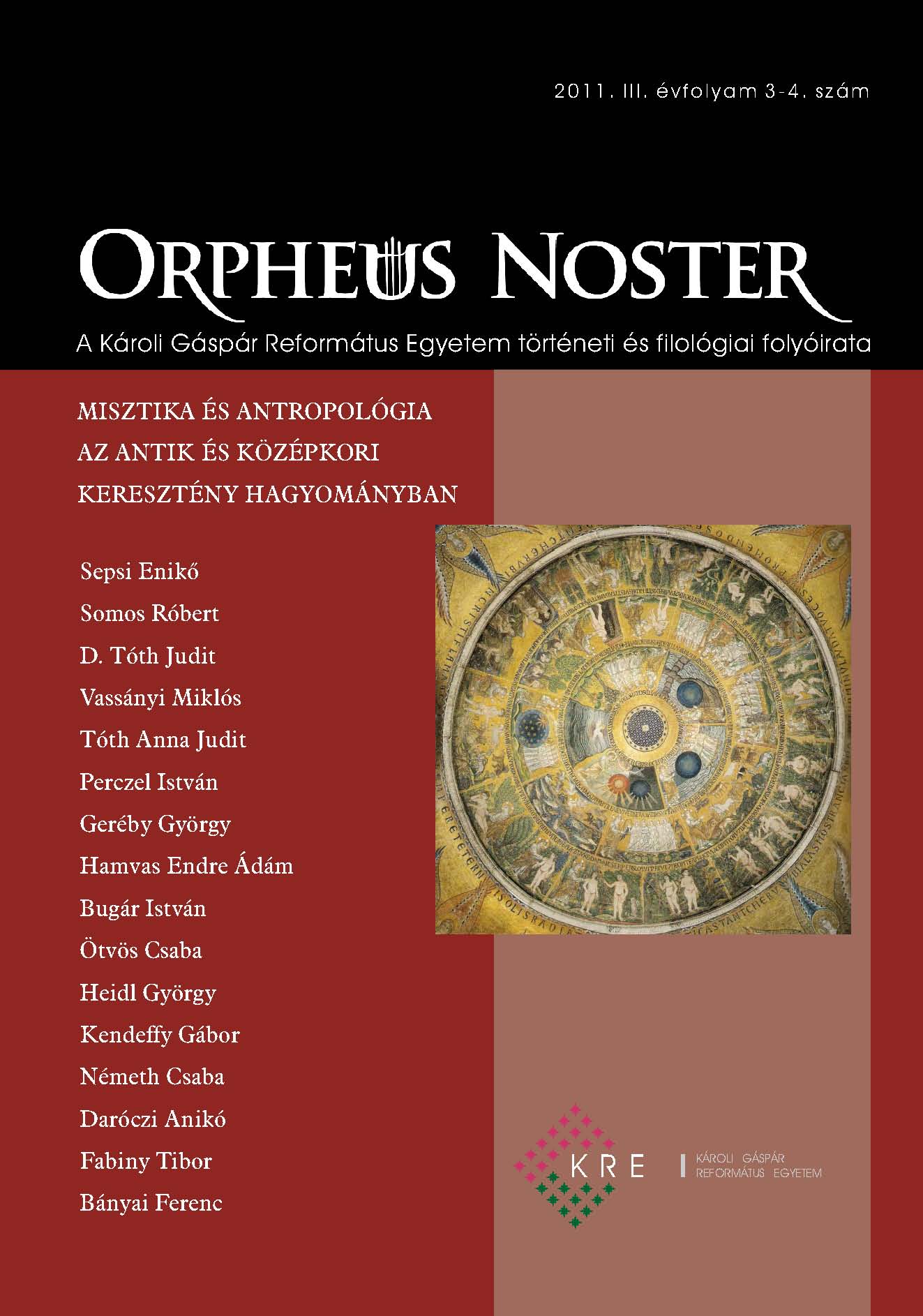 Summary/Abstract: Setting out philosophically to delineate the theory of theophany in the Areopagite’s theology, the present paper, in a first instance, offers a short overview of the divine appearances in the Old Testament, then adumbrates the difference between the concepts of theophaneia and theophania, respectively, in Classical Greek, and, after that, turns to how St Gregory of Nyssa conceived of theophany in onto-theological terms. In the main part, I point out on the basis of On Celestial Hierarchy 4, 3 that the character of Dionysius’ idea of theophany is restrictive or reductive: the angelic orders produce the divine appearances in order thereby to manifest in a reduced volume the infinite divine essence, for the sake of the illumination of the lower orders of existence. The objective of this reductive representation is to offer an example to be imitated by the lower orders. This implies that lowerranking beings have a tendency to go out of their innate natures, in an effort, ultimately, to imitate God; and that (the hyperbolically transcendent) God also has a tendency to come out of His secret and absolutely hidden essence. In a next step, we cast a glance into the Scholia to the Celestial Hierarchy and the Divine Names, to see their interpretation of two key passages that concern the concept of theophany. I come to the overall conclusion that the Areopagite’s idea of theophany maintains the chief characteristics of the Old Testament divine appearances and St Gregory’s onto-theological presuppositions. Dionysius’ theory of theophany, in a final analysis, answers “yes and no” to the question concerning God’s knowability. This, we believe, is due to the circumstance that discursive reasoning cannot remain thoroughly systematic as it approaches the condition of its own operation, God.