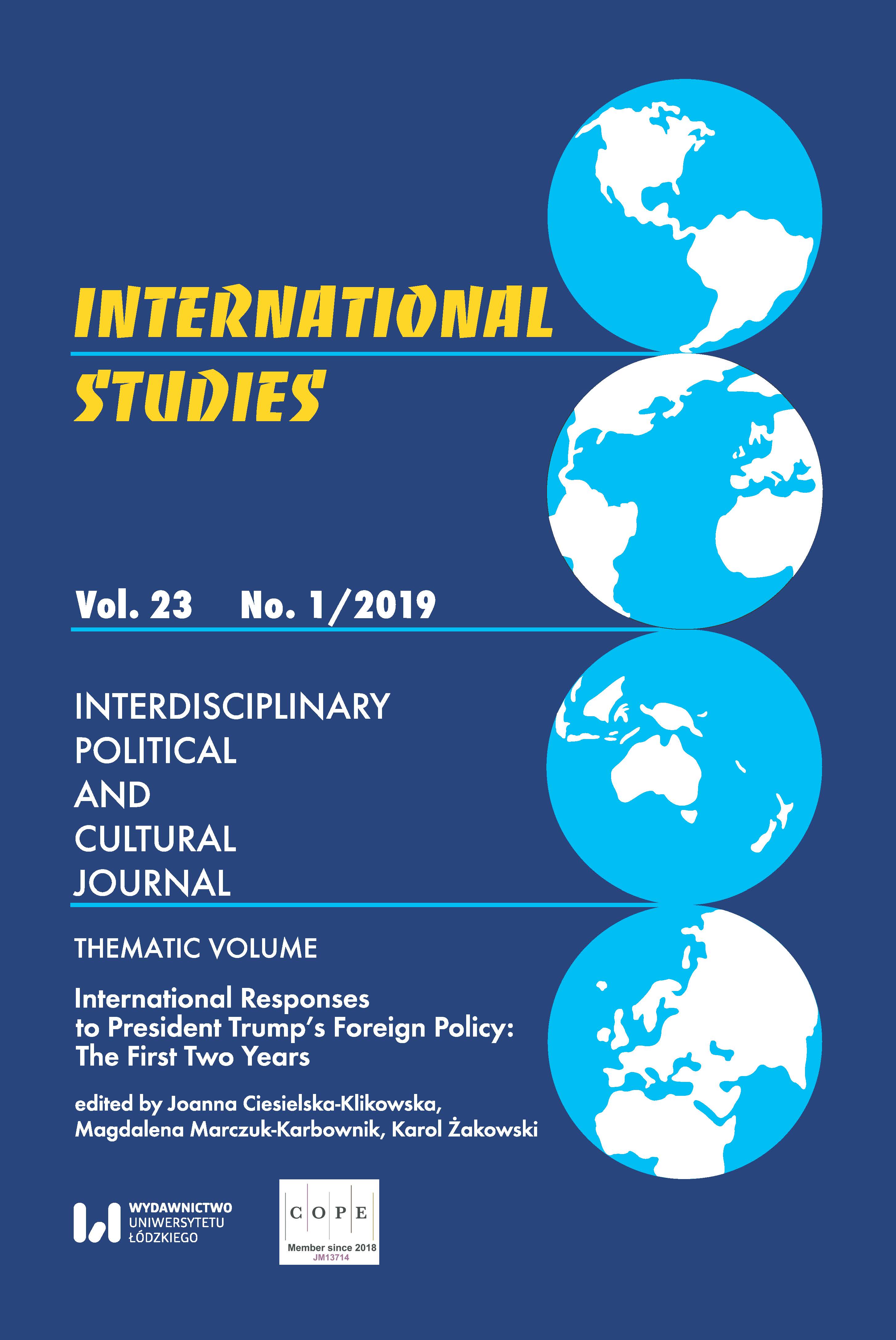 Summary/Abstract: The article analyzes the process of modification of Japan’s foreign policy after Donald Trump’s election as US president. As short- and middle-range aims of Japan’s diplomatic strategy were outlined with expectation of victory of Hillary Clinton, Tokyo was forced to abruptly change its policy. Re¬lying on the neoclassical realist theory, the article examines the complex interaction between the external factors, such as security threats from North Korea or China, and domestic factors both in Japan and the US, that is personal, institutional, societal and economic determinants. It is argued that while it was strategic convergence between Tokyo and Washington that enabled relatively smooth cooperation between Prime Minister Abe and President Trump, internal factors, such as right-wing credentials of both decision makers, distorted and to some extent facilitated this process.