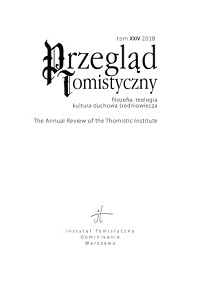 Summary/Abstract: The philosopher and astronomer Henry Bate of Mechelen (1246–1310?) became acquainted with William of Moerbeke at the Second Council of Lyons in 1274. He received translations of texts from William that he was particularly interested in, such as the rare translation of Ptolemy’s Tetrabiblos, which he uses as his reference text. In his Nativitas (1280–1281) Bate also quotes from a Greek translation of the Centiloquium. This pseudo-Ptolemaic work enjoyed an extraordinary fortune during the Middle Ages. No less than five different Latin translations were made from the Arabic. There is no manuscript of a translation from the Greek. An analysis of Bate’s quotations from the Centiloquium reveals that this unknown translation from the Greek was most probably a work by William of Moerbeke.