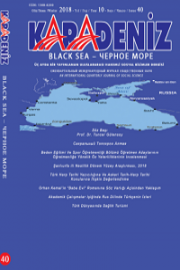 Summary/Abstract: Nowadays, Turkic languages are world languages with more than 600 thousand words, which roots date back to the early estimates of history. In the background of the fact that Turkic people are so widespread and then influencing other languages, these languages are strong languages of political administration, rich in phonetic structure and literary power. Slavonic languages and Turkic languages associations started in the first century. Scientists classify these associations according to many historical circles. The first period is estimated to be І-VІІІ centuries. The Avars, which lie between the Slavs living in the Eastern European regions and the Huns, are the economic relations between the Khazars and the Bulgarians living in the banks of the Edil River. In this age, Slavic tribes generally passed names, places and water (river) names. Second cycle is ІХ-ХІІ centuries. According to some Turkologists, this periodical Turkic quotation words are of Kipchak language.