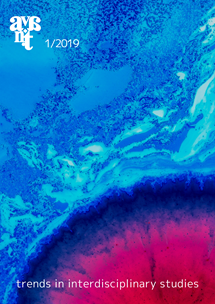 Summary/Abstract: This paper aims to present how logic may undermine a parliamentary assault on demo- cratic institutions (representing legal guarantees of the rule of law and political freedom) based on the analysis conducted with reference to the so-called Polish constitutional crisis. I analyse whether a law can be reviewed on the basis of this law itself. The Polish Con- sti⁠tutional Tribunal faced such a problem while passing the verdict of 9th March, 2016, regarding the constitutionality of the amendment to the Statute on the Constitutional Tri- bunal from 22nd December, 2015. This problem, called a ‘verdict paradox’, was claimed to be a type of the Liar paradox. I argue that, contrary to the common view, the problem of the verdict paradox is not based on the Liar paradox; for this purpose, a logical analysis is applied to four variants of a reasoning with regard to the constitutionality of the said amendment. The distinction between two levels of analysis concerning emerging reason- ings, namely an abstract (logical) level and a concrete level placed in the context of the legal system, is also introduced. This paper demonstrates that although only two variants of the reasoning concerning a law’s judicial review based on the law itself involve logical contradiction, the possibility of employing reasonings from other variants must be ex- cluded, albeit due to alternative reasons. Therefore, the Constitutional Tribunal’s decision to avoid the verdict paradox by passing over the reviewed provisions in the review process was correct and might be perceived as an example of how logic and reason can defend the institutional guarantees of political freedom.