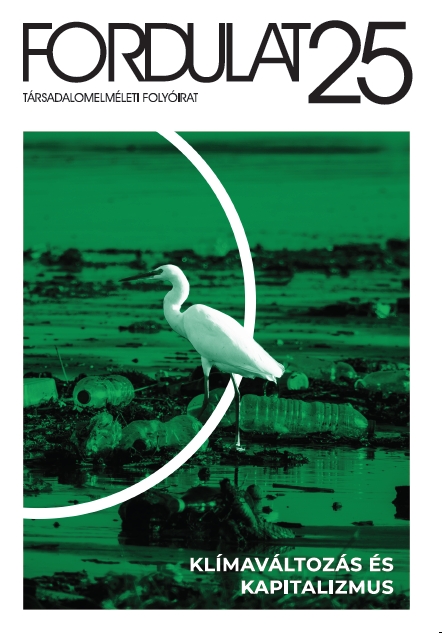 Az olcsó természet vége, avagy rájöttem, hogy nem kell félteni "a" természetet, meg is lehet szeretni a kapitalizmus válságát
The End of Cheap Nature or: How I Learned to Stop Worrying about 'the' Environment and Love the Crisis of Capitalism

Summary/Abstract: Does capitalism today face the “end of cheap nature”? If so, what could this mean, and what are the implications for the future? We are indeed witnessing the end of cheap nature in a historically speciﬁc sense. Rather than view the end of cheap nature as the reassertion of external “limits to growth,” I argue that capitalism has today exhausted the historical relation that produced cheap nature. The end of cheap nature is best comprehended as the exhaustion of the value-relations that have periodically restored the “Four Cheaps”: labor-power, food, energy, and raw materials. Crucially, these value-re-lations are co-produced by and through humans with the rest of nature. e decisive is-sue therefore turns on the relations that enfold and unfold successive conﬁgurations of human and extra-human nature, symbolically enabled and materially enacted, over the longue durée of the modern world-system. Signiﬁcantly, the appropriation of unpaid work—including “free gifts” of nature—and the exploitation wage-labor form a dialectical unity. The limits to growth faced by capital today are real enough, and are “limits” co-produced through capitalism as world-ecology, joining the accumulation of capital, the pursuit of power, and the co-production of nature as an organic whole. The world-ecological limit of capital is capital itself.