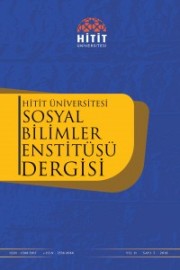 Summary/Abstract: In today's world, the multicultural and Consociational political systems are presented as a model in which people with different ethnic and religious origin can live together in peace. In this sense, the Lebanon comes out as a model country that includes different religions and a variety of sectarian groups in Middle East. One of the most important differences of the Lebanon from any other country is that governance is shared by religious groups in line with their sectarian identities. The heterogeneous social structure of Lebanon and the conflicts among the heterogeneous groups which ensures permanence of heterogeneity in question affect the relations between state and society deeply and consequently, the Lebanon has sustained its existence as a state without being a modern nation state in the Middle East which is one of the most problematic regions in the world. The Lebanon has never been off the agenda of international politics with its political crisis, political assassinations, and armed struggle. This study examining Lebanon in terms of nationalism and the affects of religious groups in Lebanon on political system, consists of two parts excluding introduction and conclusion parts. In the first part, the affects of the multi-ethnic structure on the formation of state structure in Lebanon are analyzed in the light of theoretical terms. In second part, the political reflections of multi– sectarian social structure of Lebanon were examined.