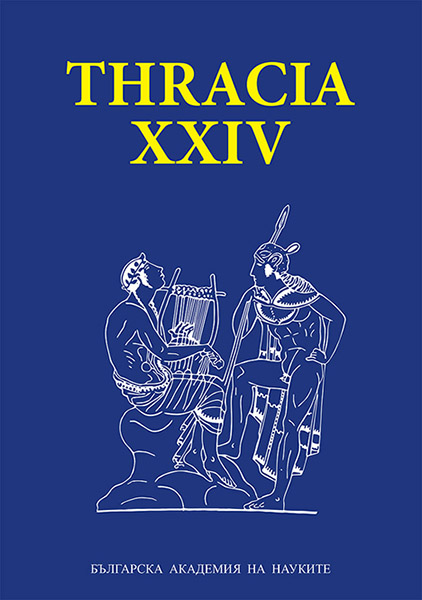 Summary/Abstract: The sacred discourses (hieroi logoi) are a group of ancient texts that existed in some philosophical and religious movements such as Pythagoreanism, Orphism, the cult of Dionysus and the goddess Isis. Due to their secret content, much of these discourses is now lost or known only partially, by accounts of various Greek authors such as Herodotus, Pausanias and Plutarch. Excerpts of these works can therefore be regarded as testimonia to various details on the content, authorship and transmission of these discourses. According to some of these testimonia, Orpheus and Thrace were involved in the composing and transmission of some of the most ancient hieroi logoi. The paper intends to explore aspects of the image of Thrace and its role in religious communication based on these testimonia. After a brief introduction, it will focus on the narratives related to the region. According to a tradition related by Iamblichus and Proclus, Orpheus was the author of a sacred discourse that was thereafter transmitted to the Greeks. Both the creation and the transmission took place in specific locations in Thrace. The analysis of that tradition, along with the locations and the techniques of transmission it refers to, suggest that these locations were associated with a special kind of religious knowledge, hence their mention played a significant role in the narrative and in conveying its message.