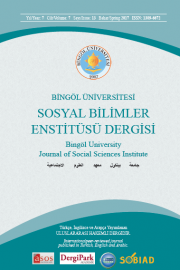 Summary/Abstract: The nature of the relationship between Islam and the Western world has been a topic of interest to scientists for centuries. Even though there has been no mutual acceptance of the religions, social life did not allow them to become completely separated either. The westward migration from Islamic countries in the 20th century, led western society to think a little deeper about this relationship. It is evident that we have to speak about an unavoidable togetherness. By acquiring citizenship, Muslims in Austria professed their permanence in the country and with the renewed Islamic law, gained a special status.