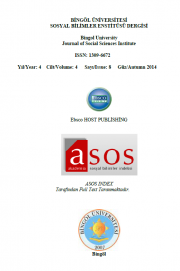 Summary/Abstract: Ottoman and European relations were not constructed only on wars. It is obvious that there are also cultural relations between the two civilizations. It is natural for the long lasting sovereignty of the Ottoman to create some studies in the West to understand the Ottomans. Hundreds of books written in Turkish are available in many European countries as a consequence of the attempt to understand the Ottomans. Switzerland is one of the countries with an extensive amount of Turkish manuscripts. Turkish, Arabic and Persian manuscripts brought from the Ottoman cultural geography are available in the libraries of Switzerland today. A catalogue was created in 2008 with the name “Arabische, türkische und persische Handschriften” about the handwritings in Zurich Library. However, a catalogue about the manuscripts in Basel University Library has not been created yet. The study aims at least informing the researchers who are interested in studying relevant topics in Turkey, about the manuscripts included in this catalogue.