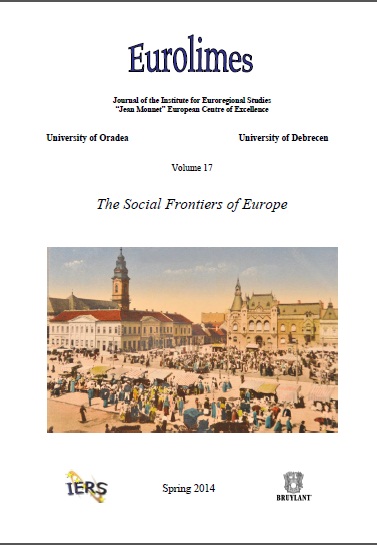 Summary/Abstract: A debate on social borders in terms of ethnic identity is a complex issue that requires attention, including scrutiny of the socio-cultural or mental kind. Then the discussion reaches the issue of a certain relativity induced by the identification of individuals with the ethnic group. Whether talking about hetero or self-identification, the membership to the ethnic group has to do also with the image or status of that community. The possibility that some people may not identify with the peripheral communities to which they belong is real and widespread. The discussion tackles also the mechanisms of identity construction in relation to which ethnic belonging is defined. On the one hand, the reference to the peers is done through association to the like, and on the other hand, through individual and collective reactions to opposition elements specific to other community groups. Beyond utopian ideals regarding the equitable distribution of resources and wealth are numerous communities, including ethnic ones, which can be easily included in the category of peripheral communities, marginal and with low status. Around these communities, whether indigenous or non-indigenous (we include immigrants here), there are obvious forms of social cleavage in relation to the rest of the population. To connect a social condition to the ethnic nature of a community and vice versa, the ethnicity of group holding a certain social position is a delicate matter, dangerous in the construction of mental models, often generating stereotypes, prejudice and discrimination. On the other hand, the approach is needed to unveil those levers, policies and programmes necessary to the breaking of this association, particularly in the case of the socially marginalised communities.