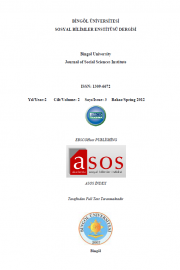 Summary/Abstract: The concepts of multiculturalism and otherness that emerged after the migrations following the postcolonial period became popular in literature as in most fields. The multicultural policy regarded as a magic stick in the societies where the cross-cultural tolerance is nearly disappeared and the members of different cultures are labeled as “other” has been questionedfor both its defıinition and accomplishments. In this study, the terms multiculturalism and otherness will be examined in Chris Cleave ’s Little Bee which can be classifıed as a work of post colonial literature. The main themes of the work such as migration, immigrant problems, colonialism be among some of the reasons of why multiculturalism and otherness appeared. Based on this common ground the essence of the concepts mentioned and the point reached will tried to be explained.