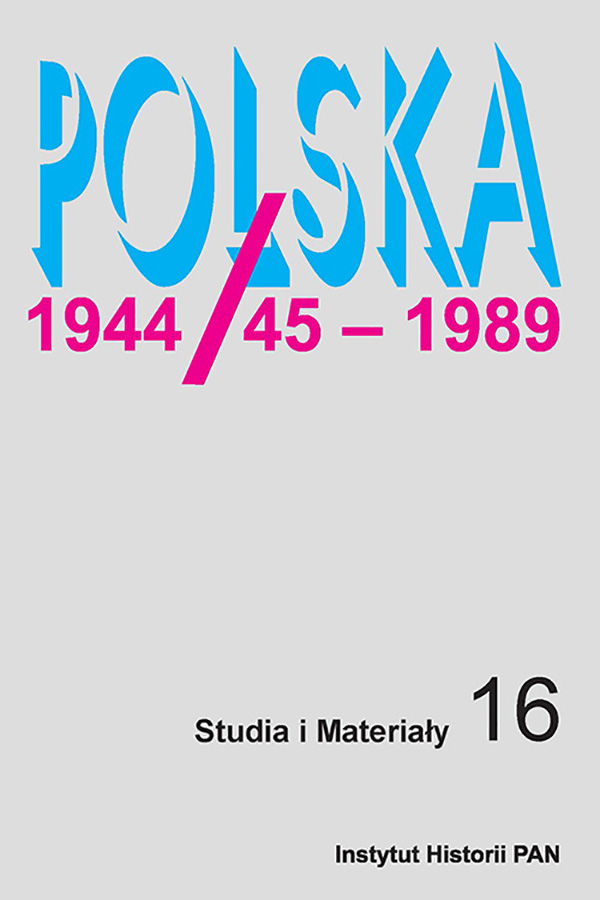 „Zdrowie na peryferiach”. Lecznictwo i opieka zdrowotna w praktyce codziennej pierwszych dwóch dekad PRL na przykładzie listów do władz
“Health in the peripheries”. Medical and health care in everyday practice of the first two decades of the Polish People’s Republic [– on the example of letter to the state authorities]

Summary/Abstract: Citizens’ letters addressed to the state authorities were not a phenomenon specific to Poland of those times as a similar phenomenon was present in other countries of post-war Central Eastern Europe. The thematic scope of the letters addressed by Polish citizens to the state authorities focused usually on situations and phenomena that caused the most bitter everyday frustration and concern. What was most often brought up in these letters were unmet fundamental needs of people – housing problems, supply shortages, lack of work, issues related to the security of possession, etc. The problems of health care, although not prevailing in general (throughout the whole period of People’s Poland), was constantly present in the files of the Bureau of Letters and Complaints. The problems of the state health system (both open and closed healthcare systems) which emerge from the letters reveal that, regardless the perspective of the author (patient, doctor, medical staff), the set of the most burning issues was the same for all. This was especially true for the first twenty years after the war experiencing the biggest organisational difficulties of the Polish healthcare system. An analysis of the problems accompanying the organisation of state healthcare system reveals that a number of phenomena and work pathologies present at that time in the medical care institutions were similar as those in other socialist workplaces.