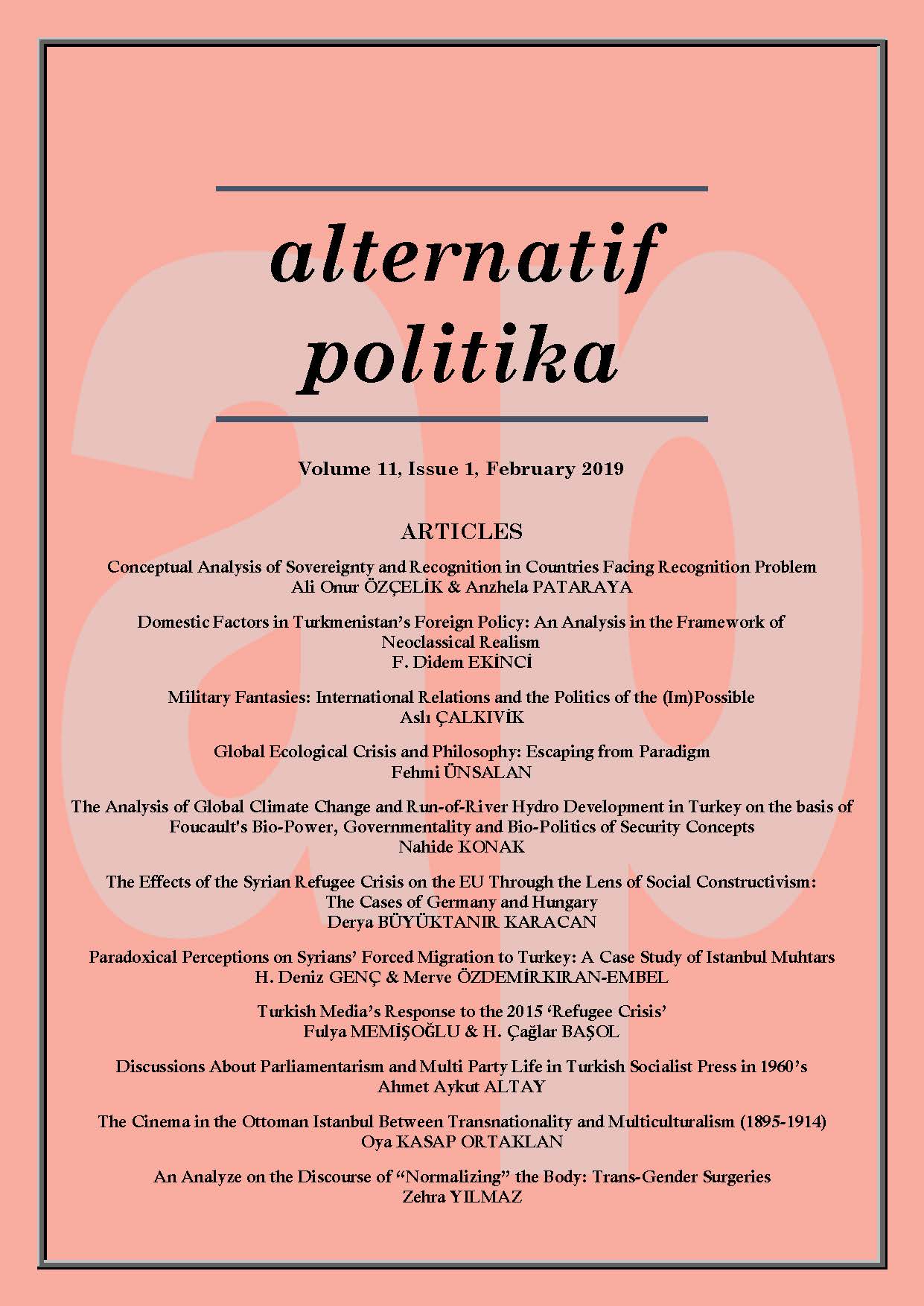 Summary/Abstract: This paper focuses on the Syrian refugee crisis, which incurred a variety of negative social and economic impacts upon many countries in the Middle East, as well as in Europe. The aim of this study is to analyze the divergent attitudes of Germany and Hungary in the face of Syrian refugee crisis and the diversity of measures that these countries have adopted to tackle the refugee problem. The cases are analyzed through social constructivism, which focuses mainly on how the agents and structures mutually construct each other and on identities, norms, and interests without wandering away completely from the rational standpoint. The main conclusions of this study show that the refugees are perceived differently in Germany and Hungary. Conclusions also demonstrate that the Europeans and the refugees resulted in a new and an unexpected learning experience, and enabled changes for both sides. The findings also reveal that the gap between the attitudes of the leaders of different European countries for the refugees remained significant.