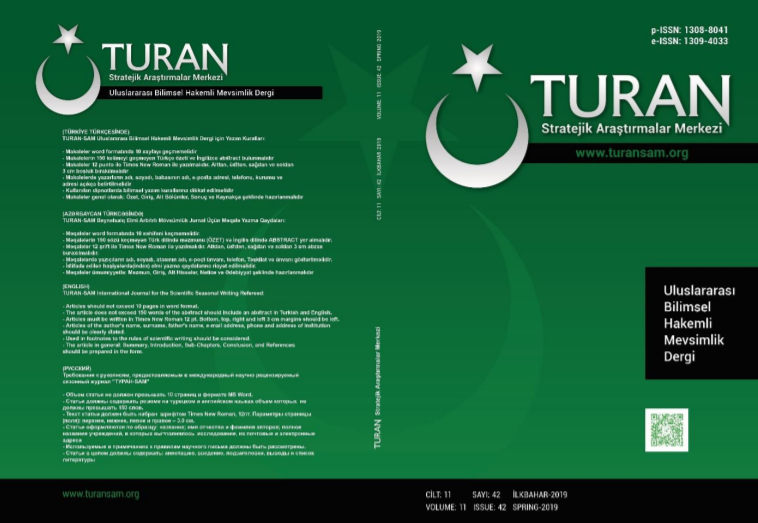 Summary/Abstract: According to the Constitution of the Republic of Cyprus, announced on 16 August 1960 as a military force on the island of Cyprus, there is a British Sovereign base consisted of Akrotiri and Dhekelia, a Greek regiment of 950 people and a Turkish regiment of 650 people. In addition to these, there are the Greek National Guard Army, which has approximately 120,000 personnel and the Turkish Cypriot Security Forces of 5000, and the Turkish Peace Force of 24,000. 80 percent of the officers of the Greek Cypriot National Guard are officers from the Greek Armed Forces. And there is the United Nations Force in Cyprus (UNFICYP) as a neutral military force. The aim of this article is to examine the military balance of power on the island and whether Turkey, as one of the guarantors of the Cyprus Republic, would need to establish a military base on the island due to the hydrocarbon-derived crisis taking place in the eastern Mediterranean. The Greek Cypriot Administration (GCA) is continuing its activities starting from 1963 to bring its presence on the island to the point of ownership and to take over the entire island of Cyprus. At the beginning of the twentieth century, with the encouragement and support of the powerful European States, the Greeks stepped on the shores of Anatolia on May 15, 1919, in order to seize the whole of Western Anatolia and reestablish the “Great Hellen Empire”.