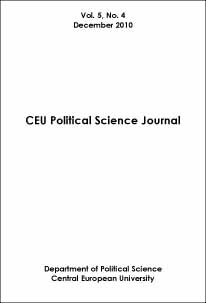 Summary/Abstract: This paper explores how the Internet and new media technologies are playing a growing role in transforming US public diplomacy programs, as part of broader efforts to counter the “Grand Narrative” of radical Islamic extremism. The Internet is at the heart of “digital diplomacy,” communicating ideas, promoting policies and fostering debate and discussion aimed at undermining support for Al-Qaeda and crafting a credible alternative narrative. Programmes such as Public Diplomacy 2.0 are becoming increasingly important as the US seeks both to revitalize its tools of soft power and reach out and engage the “youth generation” of the Muslim world. The paper examines the way in which Al-Qaeda has created a virtual battlespace that is growing in importance as Western military forces seek to dominate the physical battlespace. It explores how US policymakers have begun to grasp the importance of fusing soft power, public diplomacy and information strategies, an approach at the heart of the technologically-savvy Obama Administration. It advances the argument that the Internet and social media is emerging as a key lever of US power and influence, alongside traditional “hard” levers of state power but concludes by arguing that to be truly effective the administration’s strategy must be backed up by much broader and deep-seated shifts in US foreign policy.