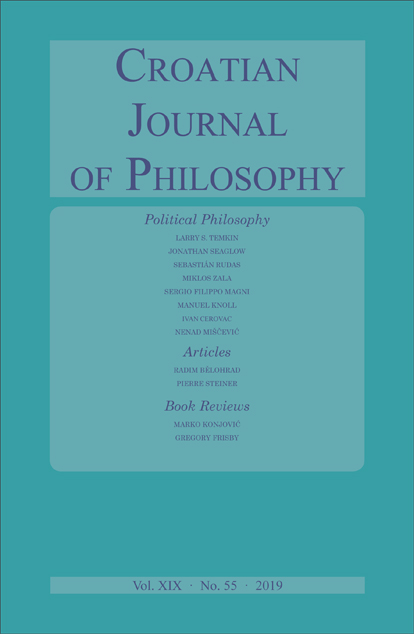 Summary/Abstract: The goal of this paper is to assess three arguments that have been proposed to rebut the idea that the notion of indeterminate identity is incoherent. In the first part, the author presents Gareth Evans’ argument purporting to show the incoherence of indeterminate identity. Next, the author assesses a rebuttal proposed by E. J. Lowe. Although the rebuttal seems sound, Harold Noonan has shown that its scope is limited. After that, a rebuttal by Peter van Inwagen is analysed. The author compares it with Lowe’s and shows that consistent application of the principles van Inwagen uses leads to objects having inconsistent properties. In the final part, it is shown that although the answer proposed by Terence Parsons seems superior to both van Inwagen’s and Lowe’s, its scope is also limited. As a result, Evans’ argument seems to stand unrefuted by these three counterarguments.