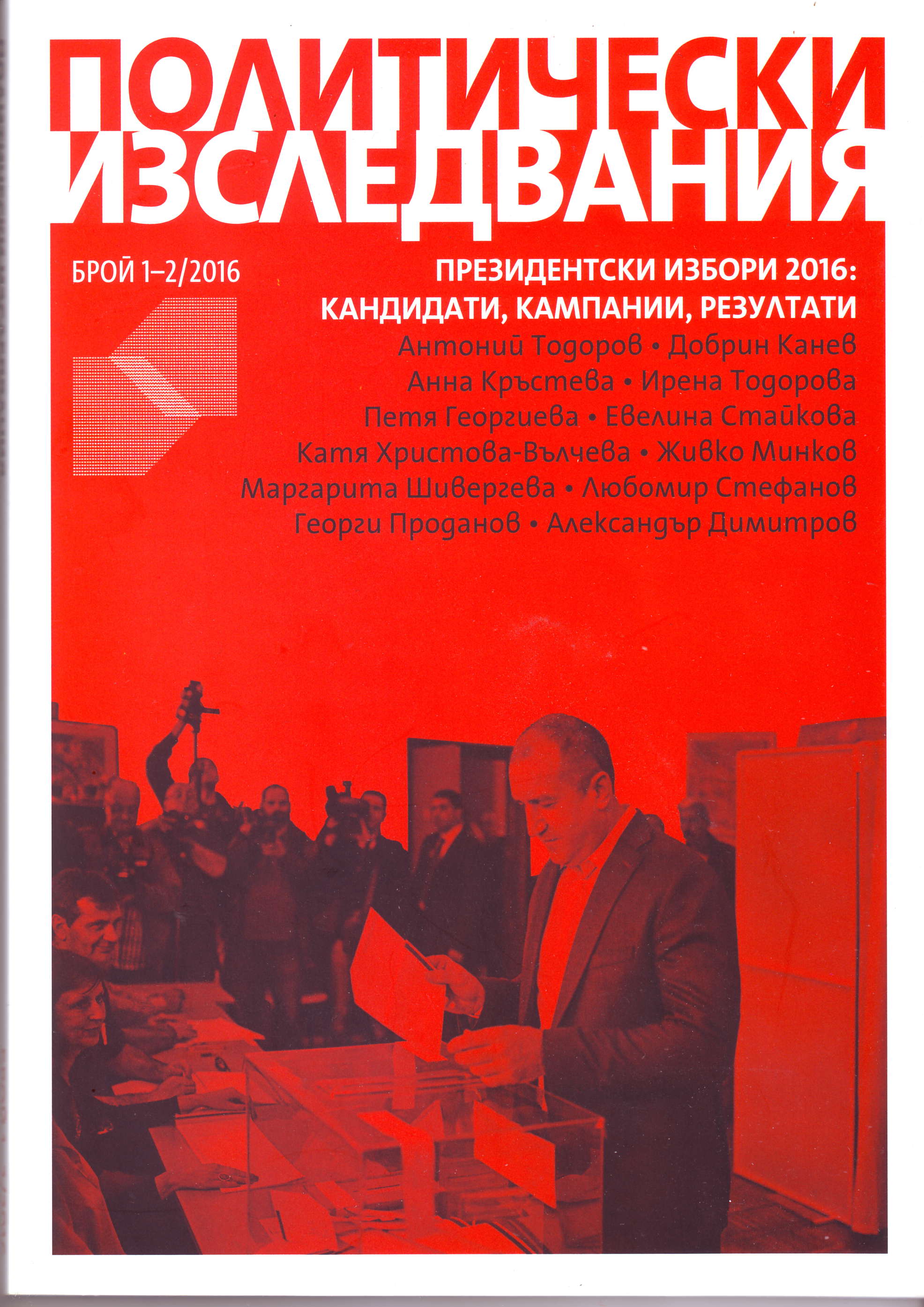 Summary/Abstract: The article tracks all aspects of the presidential candidacy of Roumen Radev: the process of his nomination, campaign and performance. Subject of detailed analysis is the campaign of the candidate in its various aspects - organization, party support, financing, direct campaign, media appearances, participation in election debates. The author presents a picture of his convincing victory in the presidential elections in Bulgaria in 2016. On the background of broader economic, social, political, cultural context during the campaign and election are shown the internal factors that led to this result – the effective support by the party BSP, the personal and political qualities of the candidate, the campaign performance.