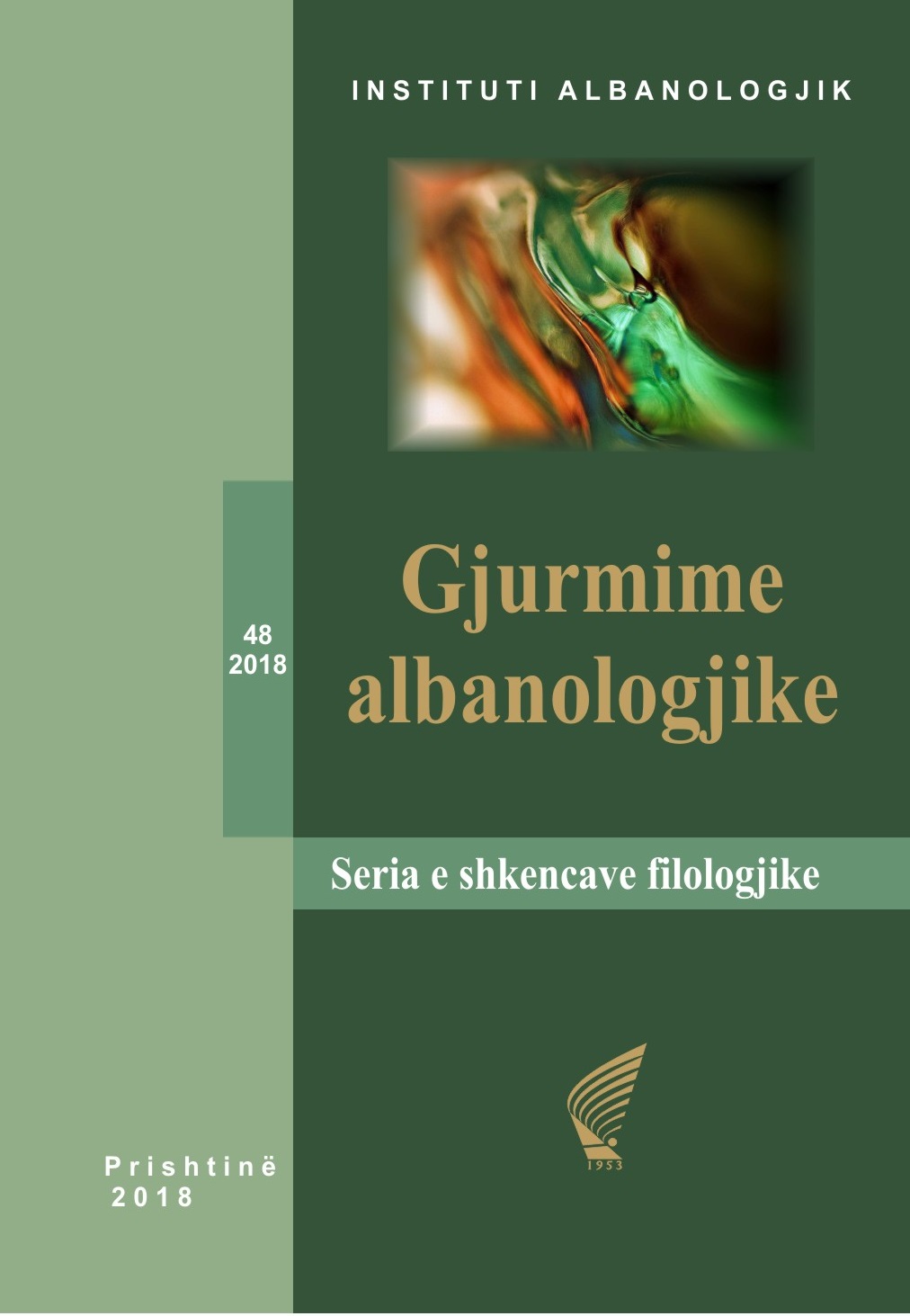 Summary/Abstract: The linguistic destruction of the texts of Ali Aliu, Sabri Hamiti, Behar Gjoka, Bajram Kosumi, etc., which would enable Albanian language return to its natural course, would be the best way to see these texts in true light. Books as “Don Kishoti te shqiptarët” by Ali Aliu, “Letërsia nga burgu” by Bajram Kosumi, “Sistemi letrar piramidal” by Behar Gjoka, a couple of books by Sabri Hamiti etc. are at times pseudo-theory, and at some other times pseudo-monography, and sometime both of them. The creators of pseudo-theories are usually eclectic minds, because in their works they unnaturally unite the opposites. This doesn’t bother them at all. The incorrect, more essayistic and never conceptual language is the most suitable tool for these pseudo-writers, which helps them to create their essayist "theories", that is more closely related to postmodernist prose than to literary criticism. Ali Aliu, Sabri Hamiti, Behar Gjoka, Bajram Kosumi etc., and not just them, mainly classify (different) works and authors by introducing them into schemes that they either "borrow" from the already known theories or the ones they create themselves. Such classifications, which are given the form of monographs, would best reflect Cvetan Todorov’s opinion: “Likewise, it can be said that he who only classifies, cannot do that well, as his classification is arbitrary and unfounded in a clear theory – such as classifications of the living world before Linne, where it was not hesitant to create a category for all the best that are scratching...”.15 Such classifications, based on the scratch, are being made by Sabri Hamiti, Ali Aliu, and also by Bajram Kosumi and Behar Gjoka. Often the text of Behar Gjoka’s book, as well as that of Sabri Hamiti and Bajram Kosumi, needs “translation” in Albanian! While art from chaos creates the rule, Behar Gjoka from the rule that creates art creates chaos. His text is a text that has no tail or head, is a chaos created by a dark language, following by figurativism, without any logic. Finally, the authors of these books not only show a lack of theoretical and literary knowledge, but also, at the same time they show lack of methods of studying literature; they do not have systematic moulding or scientific culture, so instead of dealing with literary studies of literature, they continue on creating pseudo-theories, to which they give the form of monographic studies. For healing in judgement about literature, Pound suggest the vaccine “I suggest that we throw out all critics who use vague general terms. Not merely those who use vague terms because they are too ignorant to have a meaning; but the critics who use vague terms to conceal their meaning, and all critics who use terms so vaguely that the reader can think he agrees with them or assents to their statements when he doesn’t.”