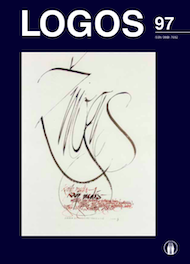 Summary/Abstract: The goal of the article is to determine how Tatar children who come from mixed families identify themselves. In this respect attention is paid to the characteristics of national politics of Soviet Union and the assimilation of Tatars in Soviet Lithuania. The article explores national politics of Soviet Union, ethnically mixed marriages in Soviet Lithuania, Tatars in Lithuanian Soviet Socialist Republic and identity (identities) of descendants of mixed Tatar families. The analytic, interpretational and historical comparative methods are employed to research the ethnographic materials. Field research was conducted in 2014–2015 and 2017–2018 in Vilnius, Kaunas, Klaipeda, Panevezys and Alytus districts. 75 respondents participated in the survey, however, only 41 respondents provided knowledge about the Soviet times. The chronological boundaries of the article cover the years 1940 – 1941 when Lithuania after it had lost its statehood became part of the Soviet Union, then the years 1944–1990 and the first years after Lithuania had restored its independence (till 1995).