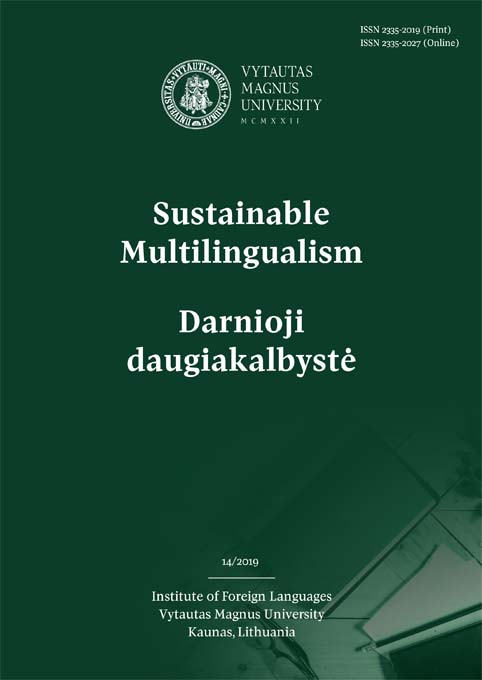 Summary/Abstract: The article provides an overview of the design of identities, predominantly based on the level of the individual. The purpose of this article was to identify the ethnic identity of informants, using the aspect of language choices as an instrument of linguistic identity, as well as to look at the causes of linguistic identity choices, the functions of ethnic identity from the point of view of the informant and the reasons for changing the identity over time or for consciously changing or maintaining it. It is well known that in today's world of ever-weakening national borders, multiculturalism and multilingualism are a common phenomenon. There have been no arguments for a long time over whether one has to learn several languages, or any doubts whether we should be even a little bit familiar with the culture of people from other nationalities living next to us. At the same time, multiculturalism brings along challenges and sometimes also tensions (Muldma, 2009). Self-determination, or identity, can mean all aspects of oneself, such as appearance, personality, abilities, gender, and ethnic groups. In the case of ethnic identity, it has been observed along with growing, the perceptions of children change over time. Awareness of one's nationality develops with awareness of others (Smith et al., 2008, p. 195). People's attitudes and values are largely developed in childhood, and we need time to get adjusted to everything new, all changes need internal management of the person – and some major changes need the intervention of the society. The method used to conduct the research was written interviews.