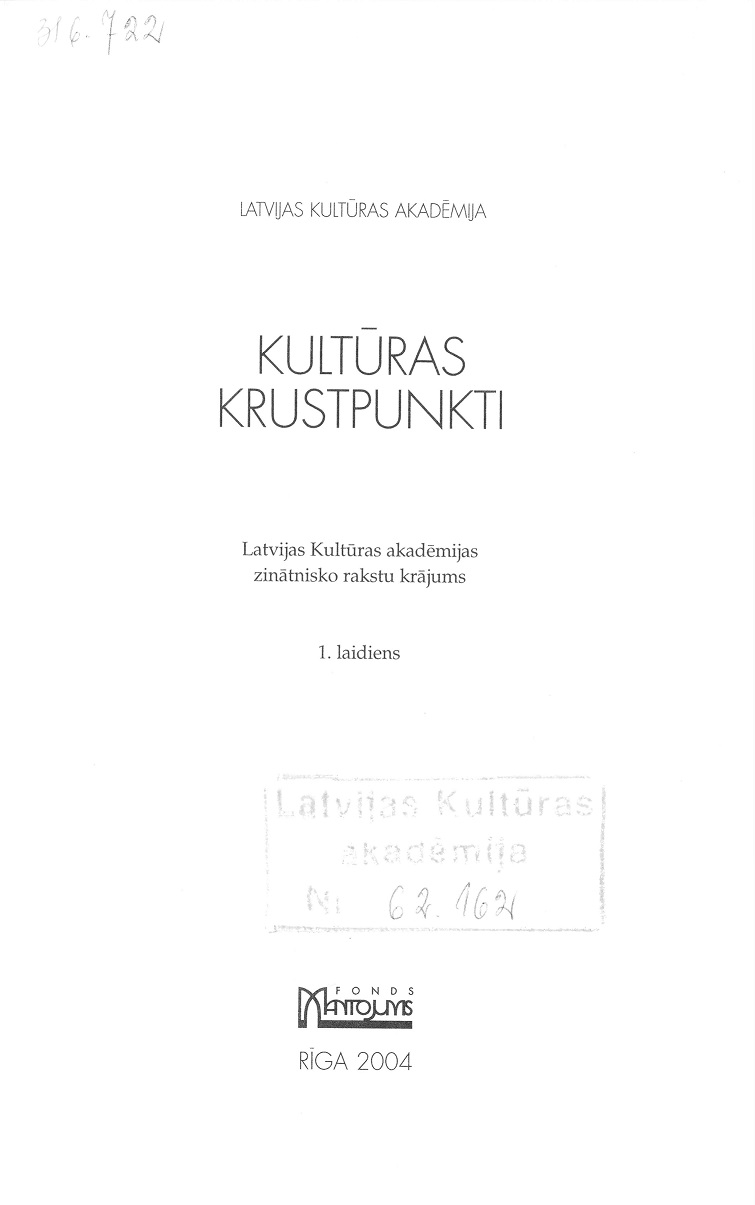 Summary/Abstract: The paper analyses some basic principles of the formation of space in Rainis play "I Played, I Danced" and the so-called creative thoughts for the unfinished play "God and the Devil". In these plays space does not function as a passive back ground of the action, but it can rather be characterised as a peculiar code, which helps to reveal the main features of Rainis' creative quest. The unfinished play "God and the Devil" interprets the cosmogonic motifs found in Latvian tales. The cooperation and competition of God and the Devil is the main plot here, and it makes an adequate source for Rainis to reveal the idea of the struggle of opposite extremes as a prerequisite for the creation of the world and its further development. The basic model of the world in the play "I Played, I Danced" is constituted by oppositions - life and death, the world of the living and the world of the dead. This structure of space basically correlates with the same laws which apply to the model of the mythical world, while opposing its two different parts - the cosmos and chaos. However, according to the course taken by the action of play, the inner stability of the spatial structure is eliminated. Thus, the fundamental polarities of the play have been granted the capability of variable and nuanced interpretation. While analysing space as it is shown in the play, some of the most significant philosophical questions have been pointed out. The world of the dead is interpreted as a special, distorted mirror-image of historical and social reality.