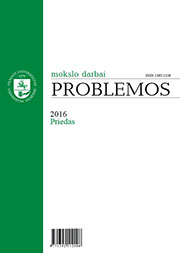 Summary/Abstract: Inspired by a dialogue in Zhuangzi, I distinguish three interconnected layers in academic debates. On the top, there is contention in terms of knowledge: facts, theories, hypotheses, etc. Below that level are usually unacknowledged, but nevertheless influential, emotions. On the bottom lies an infinite realm of tenuous reality or unshaped potential. I argue that a more explicit recognition in academia of the two lower levels – the sensitivities that are involved as well as our overwhelming ignorance about the object of study – would benefit research in Chinese philosophy. As an illustration of this three-layered approach I analyse in detail the response of Liu Xiaogan to a paper by Esther Klein on the Zhuangzi. The real target of my interest is not these two specific scholars, but a very common phenomenon in academia that they illustrate.