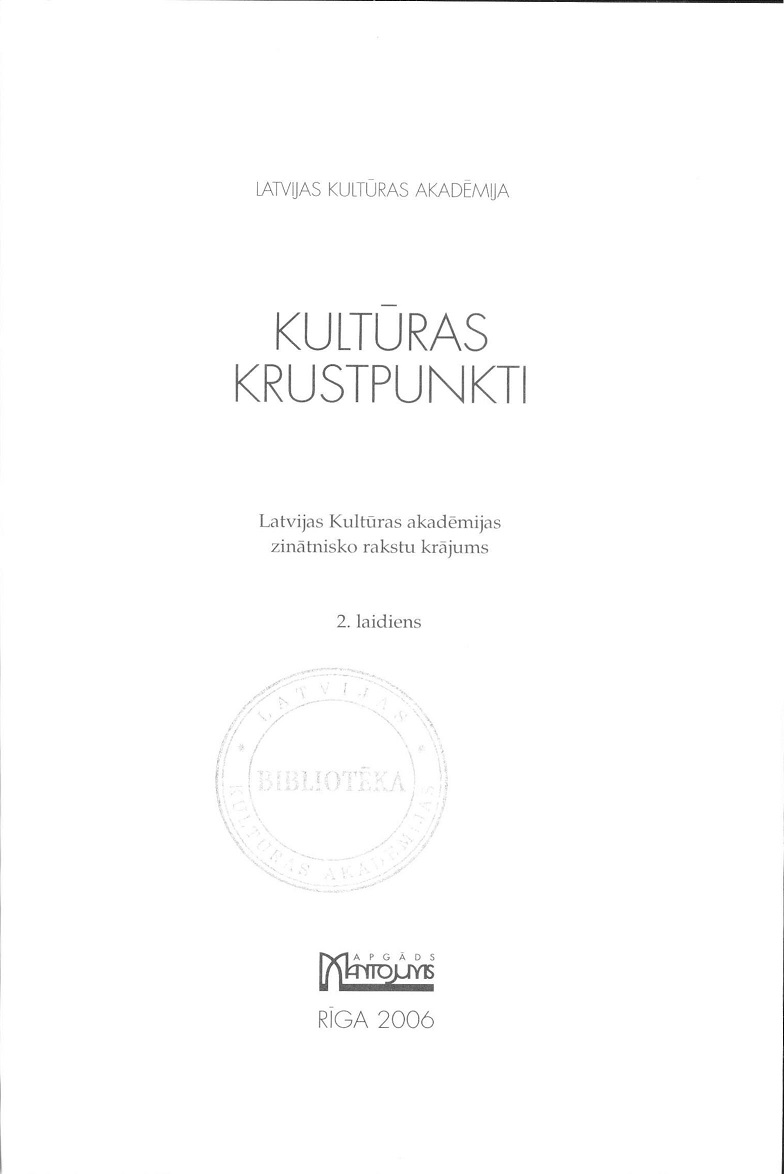 Summary/Abstract: In the 60s of the 20th century, the State Security Committee of the Soviet Union (KGB) established independent social organizations in several Soviet republics called Committees for Cultural Relations with Compatrid Abroad. Their official purpose was the development of cultural contacts an promoting peace, but the secret purpose was investigation of the emigrant communities and using them in order to destabilize the democratic Western states. In the Latvian Soviet Socialist Republic, the Committee for Cultural Relatiojon with Compatriots Abroad was formally established in 1964 by the represent fives of various social organizations and cultural institutions. In reality, tie organization had been functioning since 1955 according to the objectives set the KGB and under its close supervision. The Literature, Art, Music, Theatre, and Youth Sections of the Committee were joined by the leading representatives» Latvian culture - artists, writers, musicians, theatre and film experts, who membership was approved by the party committees of the corresponding professional associations, the KGB institutions, and the Foreign Relation Department of the Central Committee of the Latvian Communist Party.