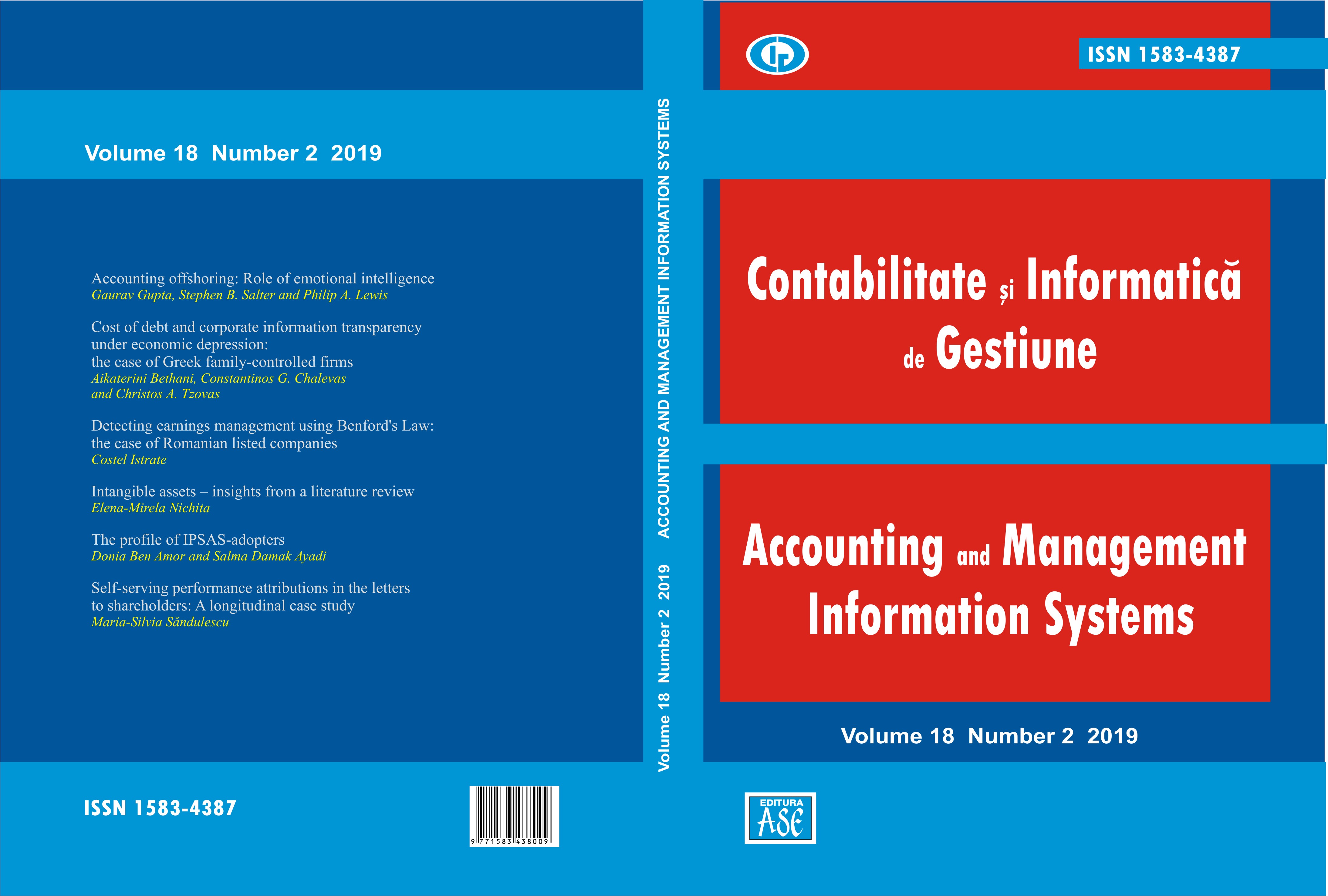 Summary/Abstract: Research question: This study aims to identify possible cosmetic earnings management in the case of the Romanian listed companies. Motivation: According to the literature, the managers tend to overstate the net income presented in the financial statement. For the users of these documents and for the researchers, it is important to find out if the numbers they receive are reliable. Idea: Researchers use sometimes the Benford’s Law which proposes normal frequencies for the appearance of the digit form 0 to 9 in different position of numbers. By comparing these normal frequencies with those actually observed, we can detect differences that suggest possible manipulations of net income. Data: The study take into consideration more than 1,200 observations concerning Romanian listed companies during the 2001-2017 period, divided in three sub-periods. Tools: We compare the real frequencies of the digits in the net income with the BL proposed frequencies, by sub-period, firm size, auditor category, type of audit opinion, and gender of the CFO. Findings: In general, the upward rounding of earnings are confirmed in a limited number of cases, even if the amplitude of these differences is often very important. The evolution of the accounting regulation leads to a situation where we start with rather downward manipulations, to arrive on the opposite direction. The IFRS transition seems to not lead to a limitation of the differences between the real frequencies and the normal ones. By separating the observations according to the size (total assets), we found that the bigger companies manipulate more upward the net income than the smaller ones. The companies audited by a Big N auditor report less upward manipulations. Women CFOs seems to be less prudent, the net income reported by these companies presenting more upward rounding. Contribution: Our findings contribute to the literature through a better understanding of the behaviour of Romanian listed companies, providing information about the situations in which users can expect some manipulation of reported financial indicators.