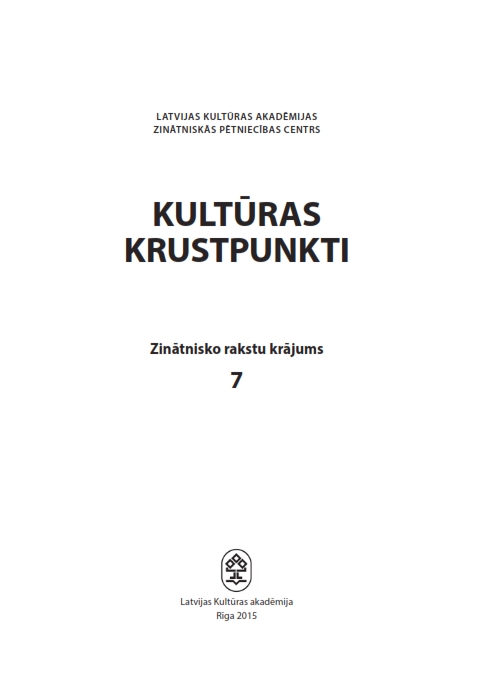 Summary/Abstract: At the beginning of the 20th century, as the popularity of Maurice Maeterlinck grew, more and more often the names of the Belgian symbolist, his characters, quotations and paraphrases of his texts occurred in the Latvian fiction. A character in Latvian literature, a reader and connoisseur of Maeterlinck indirectly reflects the taste of people interested in literature at the time and through the prism of reception aesthetics provides an insight into the specific features of reading the popular writer. Thus Maeterlinck’s intertext reveals the most essential Belgian concepts and aspects of metaphysical thought to Latvian writers. It can be read both in the works of art of Maeterlinck’s translators – Zeltmatis (Ernests Kārkliņš) and Augusts Baltpurviņš and in the works of other Latvian writers at the beginning of the 20th century: Viktors Eglītis, Edvards Vulfs, Fallijs and Antons Austriņš. In the case of the male character the bond is created with Maeterlinck’s own literary activities and his innovations, whereas the female characters are depicted as alien: heroines of Maeterlinck’s plays resemble Pre-Raphaelite damsels.