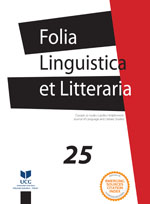 Summary/Abstract: There have been many texts and writings which show the resistances against dominant power and ideology. Texts offer glimpses of resistances and deviancies and their outcomes in the society. According to Foucault's theories, texts can be investigated to reveal the power relations in them and how power reacts to such deviancies. Literary texts can be viewed as sources where dominant ideologies, beliefs, opinions and ideas can be found. This can be more interesting when texts refer to an important event in history. The March is about historical event of General Sherman's march through America. Doctorow's text offers some resistances and dissidences against conventional ways of acting and behaving. But Sinfield believes that this representation of resistances in texts can show some fault-lines in power relations and create some gaps in power structures. These gaps can be considered as threat for dominant ideology. Doctorow tries to highlight such gaps in the society which he reveals in the novel.