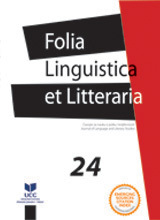 Summary/Abstract: Literary fortune, as eternal and immutable as it might seem in some cases, is always the result of a complex process of mediation, made of refusals, negotiations, misunderstandings, even feelings of repulsion and devotion. In other words, literary fame is rather a destination than a destiny. If Shakespeare acceptance in Europe was an exceptionally tortuous journey, him crossing the Alps proved even more problematic. All through the eighteenthcentury Shakespeare’s presence in Italy was virtually non-existent, while the first translation of his complete works only appeared in 1831. The first performance of a Shakespeare play to ever be attempted in Italy was staged around 1843, proving a remarkable fiasco. Two more decades will have to pass before a play meets the audience’s applause, namely Ernesto Rossi’s staging of Othello in 1856. From that point, also thanks to the influence of melodrama, Shakespeare’s slow process of canonization was on its way to completion. The Italian case proves useful to understand how the processes literary canonization work. This paper analyzes what reasons may have led the Italian literary system to be so exceptionally resistant to Shakespeare, exploring how matters of ethnocentrism and chronocentrism are often at work when analyzing canonization.