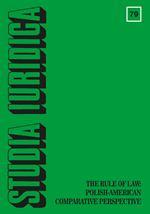 Summary/Abstract: For over one-hundred and fifty years, the United States Supreme Court has been the most powerful judicial body in the world with life-tenured judges consistently invalidating state and federal laws without clear support in constitutional text or history. This paper focuses on what should be the appropriate role of life-tenured, unelected federal judges in the American system of separation of powers. The tension is between wanting judges to enforce the supreme law of the Constitution while at the same time keeping judges within their assigned roles of enforcing not making the law. Much of constitutional scholarship in the United States is devoted to resolving this tension. This article argues that the Court should take a set back and defer more to elected leaders and voters. Although structural reform might help, most needed changes would require a constitutional amendment and are therefore unlikely to occur. The Justices should take it upon themselves to act with more humility and modesty and only overturn laws where there is strong evidence of clear constitutional error.