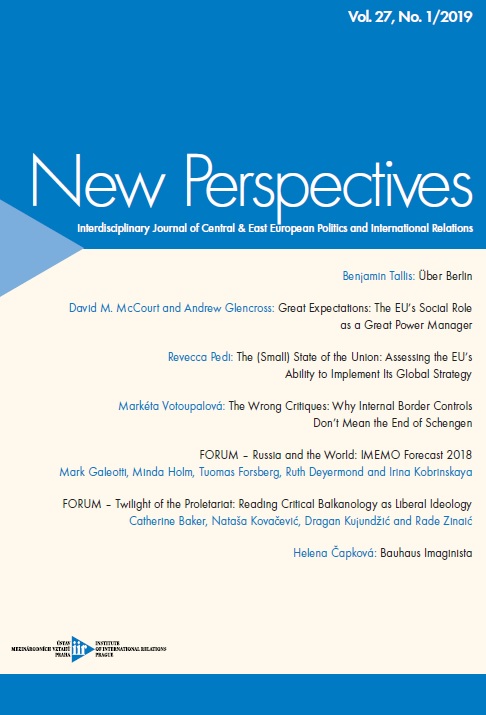 Summary/Abstract: Since 2015, the collapse of the EU’s Area of Freedom, Security and Justice has been widely discussed due to the re-impositions of internal border controls which seemingly undermine the premise of Schengen as a borderless area. Yet, three years later, Schengen is still alive. Employing Krasner’s conceptualisation of sovereignty, this article offers a systematic analysis of why Schengen seems to be so resilient by addressing three common, yet inaccurate critiques. Firstly, it claims that re-impositions of internal controls cannot be seen as a violation of Schengen but, contrarily, as an inherent part of it. Secondly, states do not use re-impositions to selfishly regain their sovereignty. Rather, they follow the Schengen Acquis, and re-impositions are but a corrective to the legislation not being observed adequately. Indeed, what seems to define Schengen is the wish to follow the rules, not to change them. Thirdly, as current events demonstrate, if the Schengen area is to be endangered, it will be due to insufficient external border controls, not due to re-impositions or a lack of solidarity.