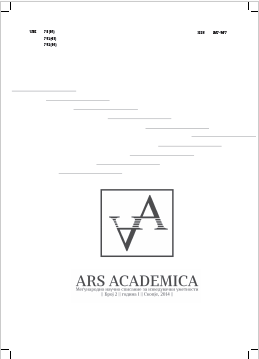 Summary/Abstract: Ranking with the most eminent classics of the 20st century, Vinko Globokar does not require a detailed presentation; it would be therefore appropriate to make at the outset only a brief summary of his life. Vinko Globokar was born on 7th July 1934 in a Slovene emigrant family living in Anderny in France. From the age of thirteen to the age of twenty he lived in Ljubljana, where he finished secondary music school. He continued his studies at the Paris Conservatoire national superieur de musique, where he studied trombone under Professor Andre Lafoss. He graduated in trombone and chamber music, and then studied composition and conducting with René Leibowitz and composition with Luciano Berio in Berlin. He lived as a composer and performer in Buffalo, and set up New Phonic art, a quartet for free improvisation. He lectured at the Musikhochschule in Köln, whilst in Paris he was the head of the department for vocal and instrumental music at IRCAM.