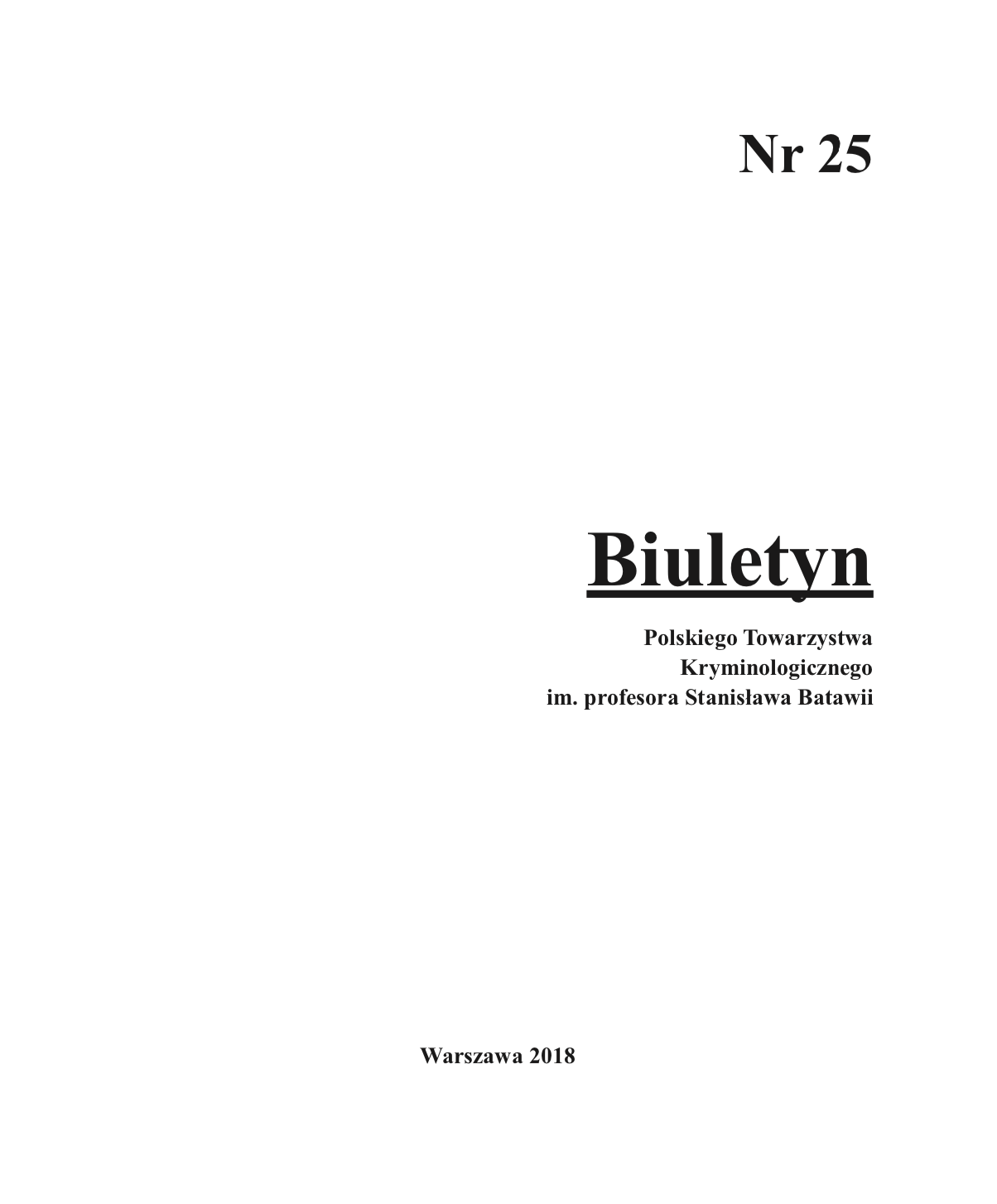 Summary/Abstract: The subject of this article is the media image of the perpetrator of the murder and his crimes.The aim of the article is to indicate the discrepancy between the actual picture of the murder and its media representation as well as the characteristics of the differences found. The article contains basic issues regarding the media and statistical data of the Police and the Ministry of Justice statistics regarding this kind of crime. The considerations were supported by the results of quarterly media monitoring, which included 292 criminal reports.

Wpływ instytucji typu zamkniętego na funkcjonowanie społeczności lokalnej. Analiza na przykładzie Gostynina i Sztumu The impact of closed institutions on the functioning of the local community analysis based on the example of Gostynin and Sztum 2020
2021 © CEEOL. ALL Rights Reserved. Privacy Policy | Terms & Conditions of use
ICB - InterConsult Bulgaria ver.1.5.2414