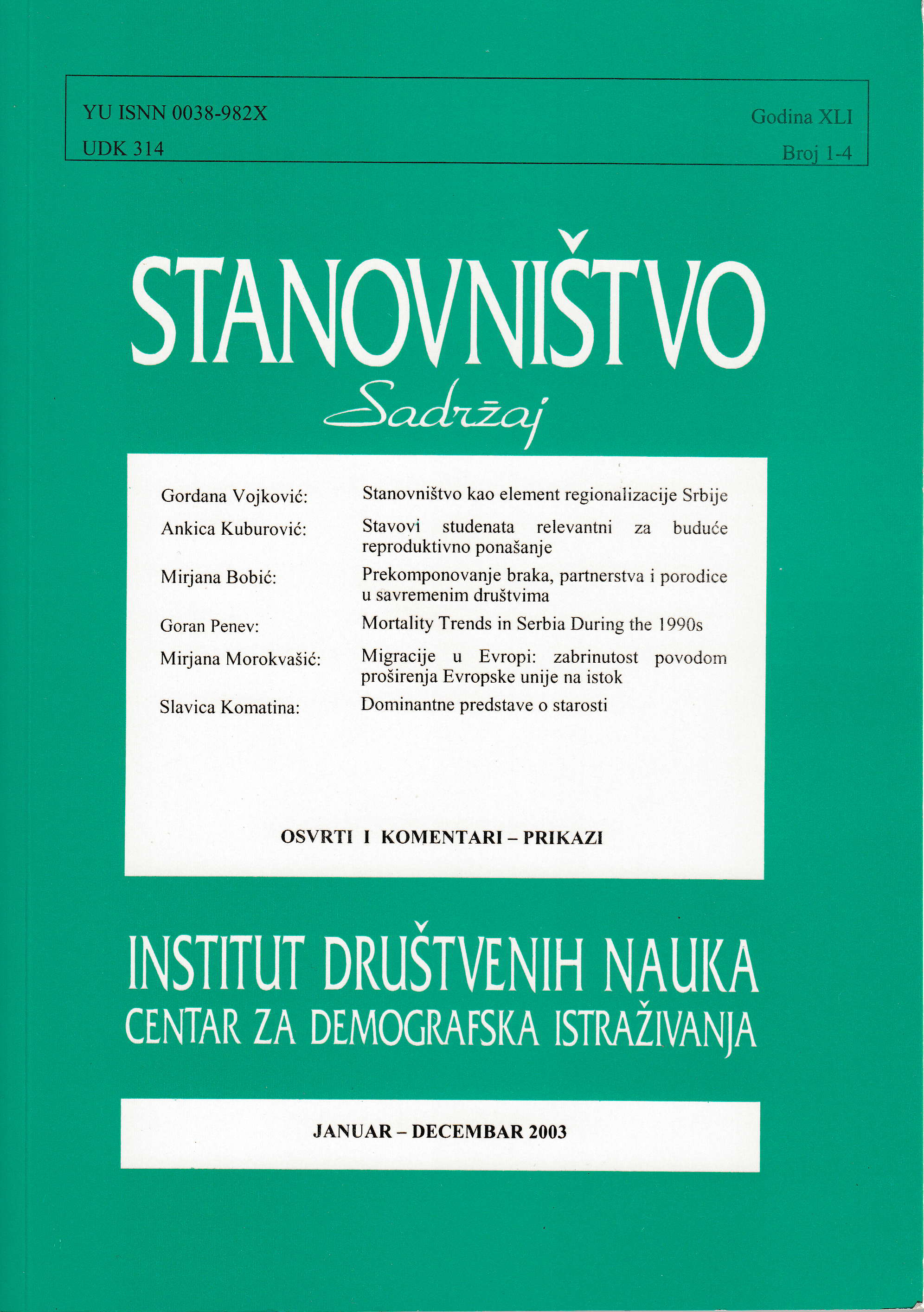 Summary/Abstract: This paper deals with the various standpoints of students on their motivation for parenthood, planning and deciding on birth giving, influence between marriage and parenthood, parent role complexity and responsibility, on the knowledge of effect and consequences of the problem of insufficient birth giving, with an aim of getting to know the main characteristics of their possible reproductive behavior. The analyzed standpoints are part of a more comprehensive and inclusive research, carried out on a sample of 1494 surveyed persons (1000 secondary-school pupils and 494 students) in four biggest regional centers – Belgrade, Novi Sad, Kragujevac and Niš. The orientation only to student’s standpoints had an aim to more completely analyze the already abundant empirical material, which is acceptable due to the fact that students are closer to beginning of birth giving according to their age-situation characteristic. The willingness and desire of the students to become parents is significant, but this is only one of their varied life aspirations (importance of partnership, professional engagement…). The intention is to bring into accordance the realization of the most important roles, which actually indicates to a fairly uniform importance in satisfying the basic individual needs. Apart from that, the need for parenthood is dominantly emotional and altruistic, which can be satisfied by having only one child. Possible reproductive norms – which are directed to having two children, whereby they are higher than the current fertility rates, but also somewhat lower normatively determined expectations in relation to the desired number of children, as well as a significant orientation towards marriage and parenthood and the existence of the knowledge on the problem of the impossibility of simple reproduction and conscience of social need for population reproduction – represent a gap for realization of measures for motivating birth giving and parenthood rehabilitation.The possible reproduction model is not significantly determined by gender, because the noted differentiation in frequency of certain standpoints does not indicate to formation of "female" and "male" reproductive models. On the other hand, possible qualitative changes in relations between partners are noted which are manifested in more uniform engagement in birth control and decision making, as well as a more uniform representation of motherhood and fatherhood in realizing the basic needs of the child.