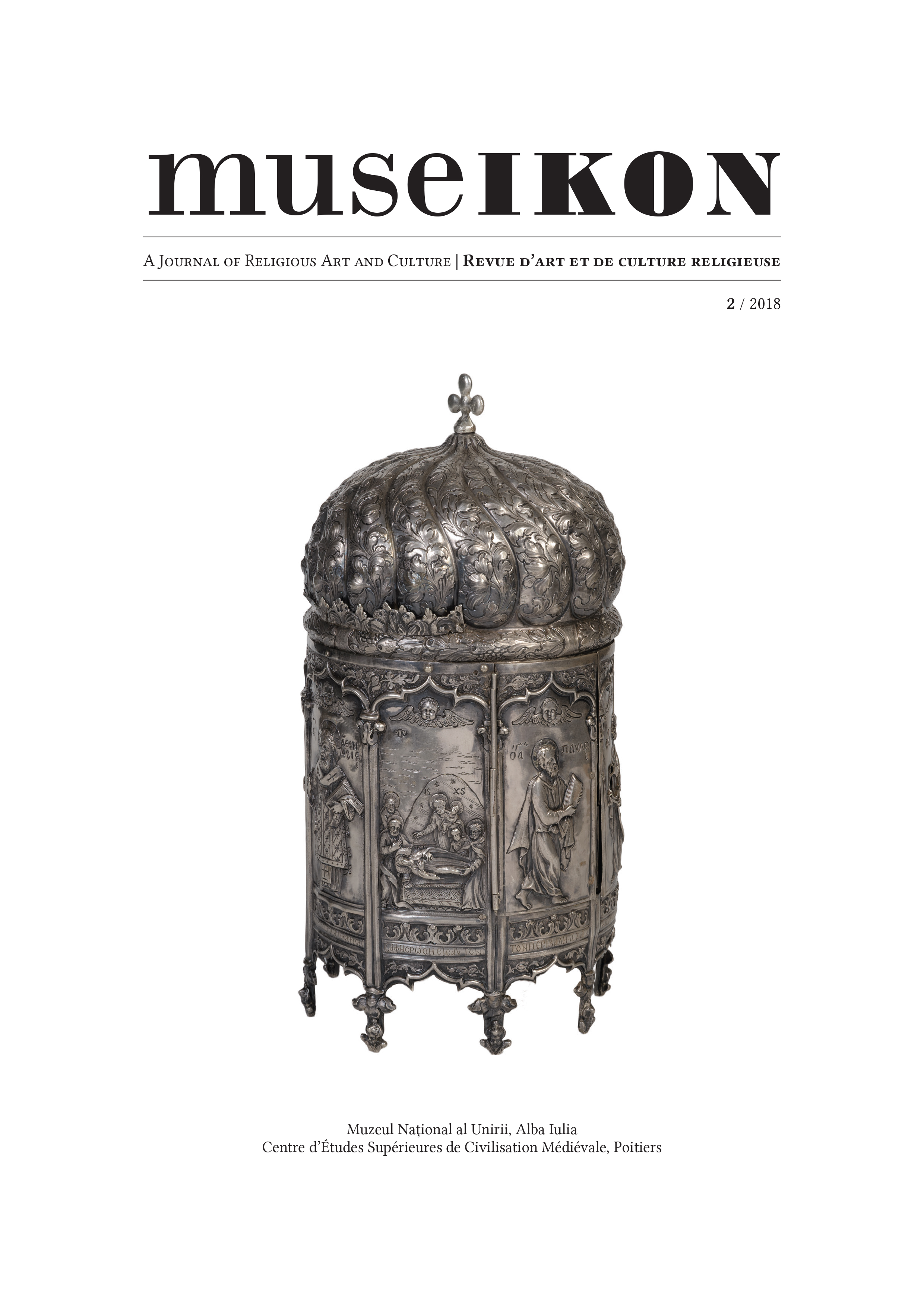 Summary/Abstract: The old Orthodox church of Strei, in the county of Hunedoara (Romania), dates back to the 14th cen- tury. The precise dates of its construction and of its paintings are still unclear, but the murals certainly date from the second half of the 14th century. The subject of these paintings is also quite peculiar for an Orthodox edifice. In the sanctuary, the Apostles, engaged in a vigorous conversation, are painted between the columns, under a Maiestas Domini. Their gestures are quite dramatic, very different from the static appearance of most bishops depicted in the lower register of the same sanctuary. The author carries on a comparison bet- ween the murals in Strei and other paintings from Termeno sulla Strada del Vino, close to Bolzano (Italy), dating back to the previous century. He notices that such depictions of Apostles carrying on conversations in the sanc- tuary, between depicted columns, are characteristic for many churches of Northern Italy, and another important example is in Pozzoveggiani (close to Padova). The meaning of these Apostles’ Colloquia is related to the escha- tological connotation of the iconographical programs, but another interesting aspect is that they also compose a depiction of the Council of Jerusalem (Acts 15:2-35), in direct relation with the theme of Ecclesia militans, according to the Four Senses of Scripture. The presence of such a strong Catholic subject, typical in the areas where the Papacy or the Catholic bishops had to maintain a strong ecclesiastical control, mainly against here- tics and various disobedient heterodox communities, points towards a possible explanation of the use of this imagery in Strei, because Strei was located in the land of schismatic Vlachs. Other Apostles’ Colloquia depicted in Istria and in the Dalmatian area point towards a possible influence of the Friars of the Observant Vicariate of Bosnia, under whose protection many of these medieval Vlachs were from the point of view of the Papacy. The depiction of St. Callinicus, patriarch of Constantinople, in front of St. Peter, in the lower register of the sanc- tuary murals of Strei, substantiates this hypothesis, just as well as the fact that these bishops depicted in the sanc- tuary are accompanied by representations of their churches. This other fact suggests that the main subject of the iconographical program in Strei may have been of a Uniate nature, i.e. the Union of the Orthodox Church with Rome. In the last part of the article, the author deals with the presence of the Franciscans in the area and with a series of Medieval Latin documents speaking of the churches they built for the local Vlachs, as well as with other local (Catholic) monuments to which the paintings of Strei may have been related: the second stratum of murals of Sântămărie Orlea and the nowadays lost paintings of the medieval church of Deva, close nearby.