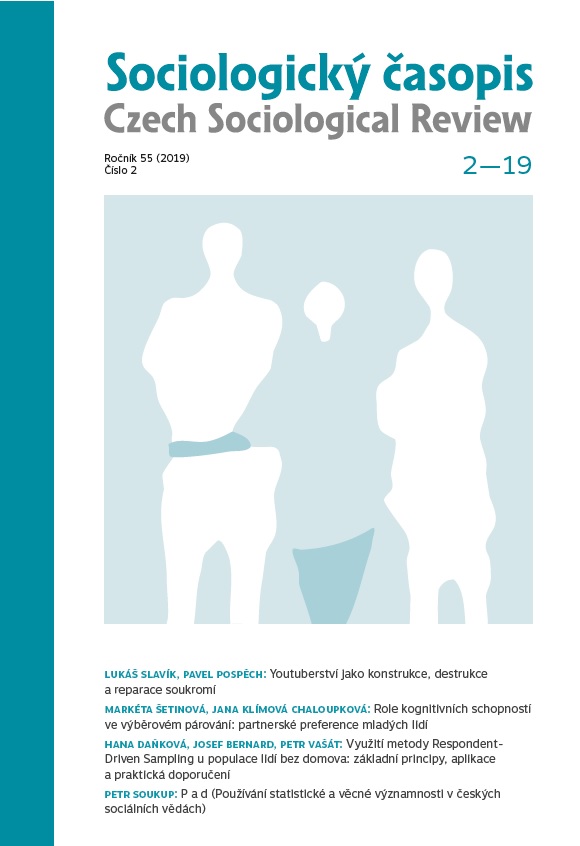 Summary/Abstract: Respondent-driven sampling (RDS) is a survey method used to create samples of populations that are hidden and hard to reach. Even though the method has been used since the 1990s in studies internationally, it has not yet been used in Czech research. The RDS methodology tends to be described presented as a statistical tool that makes it possible to produce unbiased estimates of hidden or hard-to-reach populations, and at the same as a tool with which to effectively recruit respondents from the given populations. The goal of the article is to introduce RDS methodology and its uses and to present and assess its application in a homeless survey conducted in two Czech cities – Prague (N=322) and Pilsen (N=146). We show that as long as certain preconditions are met the method proves to be fact and effective, especially with respect to the speed at which it is possible to sample the homeless population. We compare the outcome of the RDS survey with that of a survey of the homeless population in Prague (2010) and assess whether and how the outcomes of the two samples differ in certain population characteristics. Finally, we offer practical suggestions and observations on using the RDS method for sampling homeless populations.