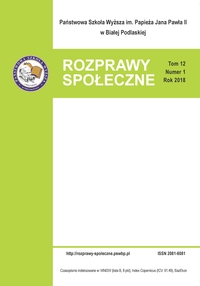 Summary/Abstract: According to a report by the World Health Organization (WHO), every 40 seconds, someone commits suicide in the world, and it is generally a young person entering the world. Suicides should not be regarded as a single act of taking one’s life away, but as an activity involving a series of successive stages that last for years, most of which end in one’s death. Suicide has its origin and a certain duration often leading to death. The goal of pre-suicidal prevention is to stop the process. The pre-eminent pre-suicidal prevention targeted at an individual, his/her immediate social circle mainly at family, school and public opinion aims to equip people with the necessary knowledge and skills to overcome difficulties, make the right choices in life, initiate and strengthen the drivers of development. It seeks to overthrow the myths and create positive attitudes towards the suffering people. The present paper aims at presenting diverse forms of action and multi-level initiatives at the global level by the WHO, the nationwide one through the implementation of the National Health Programme and, at the local level, the local community, school, and family, by reducing the number of suicides. It is not possible to discuss the above-mentioned issue as it is impossible to approximate the long-term preventive work actions by governmental and non-governmental organisations on several pages.