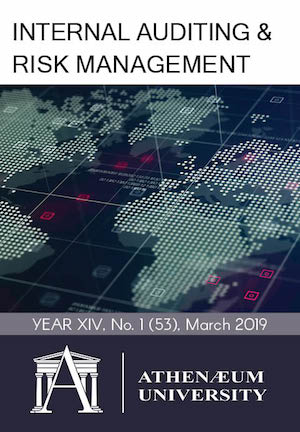 Summary/Abstract: The past year did not bring substantive changes to the perception of corruption in Romania. Practically, the fact that the Corruption Perception Index in Romania remained almost unchanged can be interpreted in a positive key, even from the perspective of a slight improvement. This is because, globally, at the top of the hierarchy, we noticed for the first time downward trend in ranking. The top states perceived to be the least corrupt are the Northern European countries - Denmark, Finland and Sweden. At the opposite pole Syria, Southern Sudan and Somalia occupy the last places in this ranking, being perceived as the most corrupt states in the world. Interestingly, according to the latest UN report on the country’s happiness ranking in the top places are Finland, Norway, Denmark, Iceland, Switzerland and the Netherlands, about the same states located in the top of the states perceived as the least corrupt. While Southern Sudan (154) and Syria (150) are positioned on the last places of the rankings of happiness, perceived by their own populations as being in the top of the profoundly corrupt states. This article does not attempt either to demonstrate or to clarify the existence of a hypothetical causal relationship between corruption and poverty. On the one hand, it is to point out that beyond the fact that the phenomenon of corruption affects all the states of the world, one can say that there is a higher degree of corruption in the poor countries and one much lower in the rich ones. On the other hand, it discusses the existence of a less visible link between migration and corruption, with significant implications especially for migrants. Who chooses to seek their happiness outside the country, against the background of a pessimistic perspective.