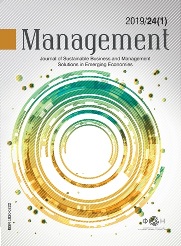 Summary/Abstract: Research Question: The purpose of this paper is to determine whether the number of jobs the Millennial generation intend to change during their career is larger than that of previous generations; to compare the Millennials’ intention to leave their current job to the previous generations’, and also to examine the relation between the Millennials’ turnover intention and their job satisfaction. Motivation: Millennials keep their resumes updated and have a reputation to be job hoppers (Shaw & Fairhurst, 2008; Meier& Crocker, 2010). Moreover, their job hopping has been an unprecedented problem for the employers (Tulgan 2015) and they are reported to have higher turnover intention rate than other generations (Kowske, Rasch & Wiley 2013; Deloitte, 2011; Twenge, 2010; Sujansky & Ferri-Reed, 2009). Additionally, it is generally accepted that job satisfaction and employee turnover intention are negatively related (Mobley 1977; Susskind et al. 2000; Schwepker 2001). Having in mind a lack of relevant literature as well as research in Eastern European countries, our goal was to explore if the same can be concluded for the Millennials in Serbia. Idea: The core idea of this paper was to empirically evaluate the relationship between the stated variables. Data: The analysis was conducted during 2017 in Serbia using a questionnaire which was made in the form of an online survey and distributed by email and posted on social networking websites. A total of 802 valid responses were received. Tools: Statistical analyses of all collected data were used to draw conclusions. Findings: The results of the study confirmed that the intention of the respondents to change a larger number of jobs in their career increases as we move towards the youngest generation in the workplace. Generation Y was found to be the only generation that has a higher percentage of those who think that they will quit the current job in the next two years than those who expect the opposite. The analysis confirmed that turnover intention increases with job dissatisfaction - the greater their job satisfaction is, the less Millennials will want to change their current employer in the next two years. Contribution: This paper expands existing research related to the turnover intentions and job hopping of Millennials and provides recommendations for organizations for retaining the members of Generation Y.