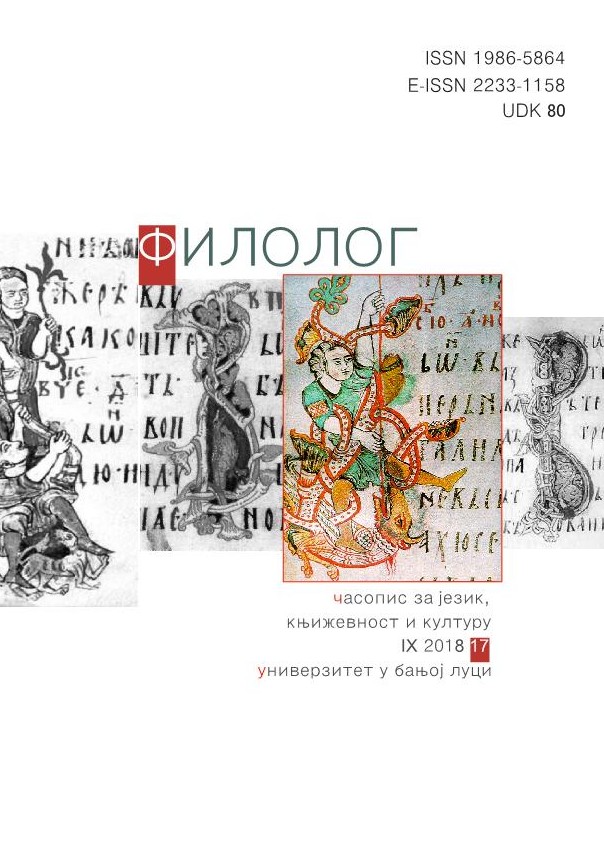 Summary/Abstract: This paper deals with the usage of the Greek accusative (Accusativus Graecus) in Latin. This type of accusative, also called the accusative of respect (Acc. respectus and Acc. limitationis), has been transferred from Greek to Latin. In order to better understand the Greek ac­cusative in terms of its functionality and semantic field, it is first viewed within the context of Greek, to be followed by its functions, ways of translation, and usage in syntactic structures in Latin. All this is substantiated by numerous examples from Roman poetry and prose, where this form is well-rooted. In addition, the paper points out and explains the functional, syntactic, and semantic similarity between the ablative of respect (Abl. limitationis) and the accusative of respect (Acc. Graecus) in Latin. By means of comparative analysis of grammar companions and the examples from Roman poets and fiction writers, which served as the corpus for this paper, the author has come to the conclusion that the usage of the Greek accusative is strictly syntactically determined. In the first place, this is to the credit of Roman poets and fiction writers, who, by looking at Greek poets as their role models, transfer a lot of syntactic structures from Greek to Latin, thus Hellenizing the Latin poetic syntax. In a similar fashion, there are Latin fiction writers who are enthusiastic in terms of usage of the Greek accusative, mimicking their poetic role models in terms of style. The Latin poetic syntax is rich in figures of speech and rhetoric devices, so the rhetoric trope of pars pro toto is realised in its full capacity in the Greek accusative, labeled by some grammar book as the synecdoche accusative. In Latin-Serbian and Latin Croatian dictionaries respectively, this notion is poorly explained. This paper provides comprehensive and more detailed explanations concerning this notion, thus enabling a clearer insight into its functions within the Latin poetic syntax.