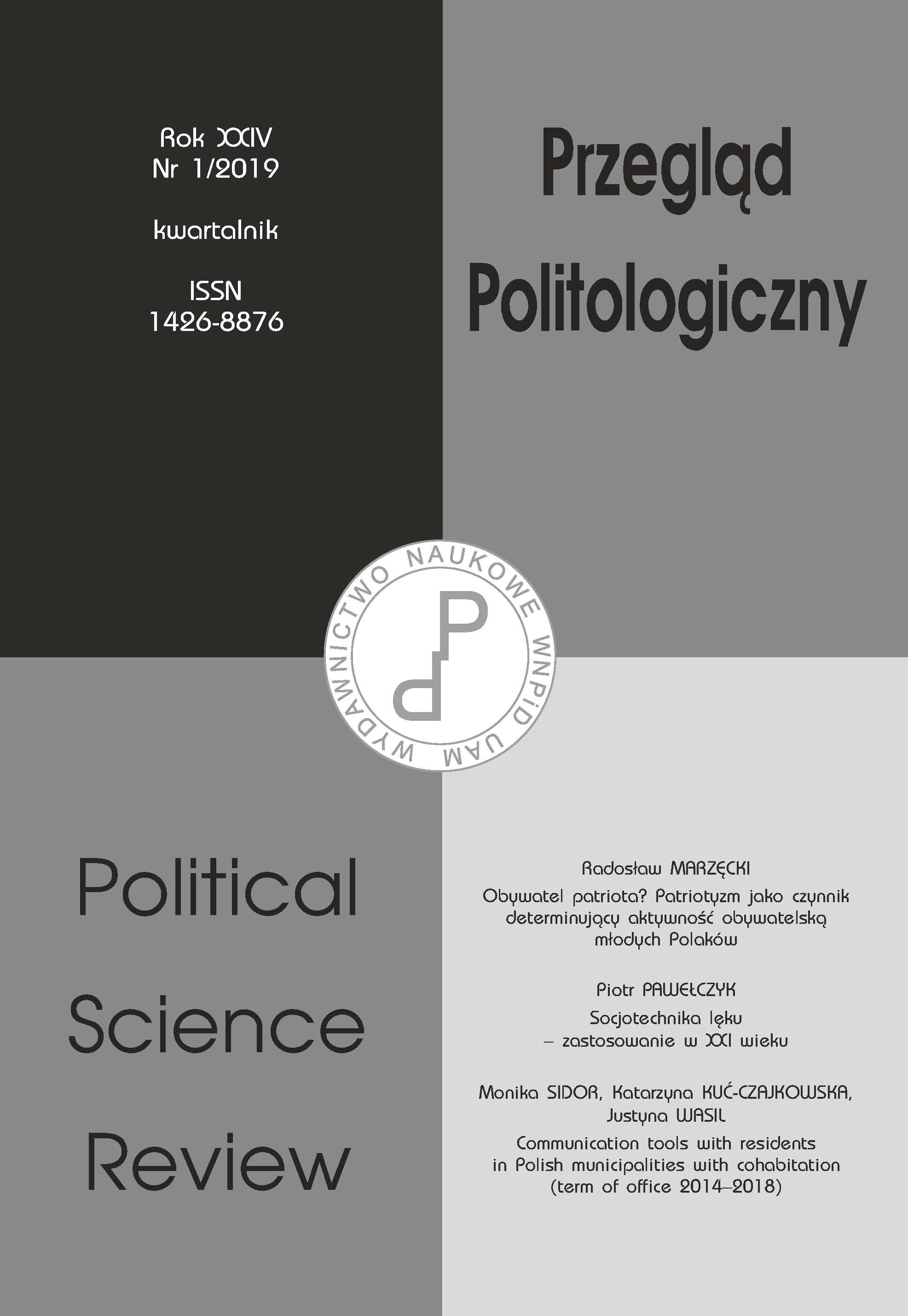 Summary/Abstract: Human control the masses by means of shaping the level of anxiety is known for thousands of years. The change over the last anxiety promoters decades does not mean a departure from the funda-mental principle of social engineering speaking, that controlled system maintained in the state boost general anxiety is more susceptible to influence. Today, the mass media, which function in the condi-tions of globalization is part of the media logic, that the mechanism of use more efficiently than ever before. At the same time contribute one - probably only partly consciously - characteristic for social engineering the process of the reproduction of the social order, which targets are determined by the interests of the social system.The main objective of the considerations presented in the article is to indicate the timeliness of the application of the intensifying anxiety as a mechanism to subjugate the people. The author tries to answer two questions. First, why in spite of the development of democratic forms of governance be an effective way to influence and, second, why the modern mass media so eager to participate in these activities? The conclusions from the analysis indicate that the social engineering principle, according to which the system controlled maintained able to stimulate general anxiety is more vulnerable to the impact of the gains today, a new dimension because of the inconsistencies of the purpose of the repro¬duction of social order. This increases even more the role of the mass media, that the mechanism of intensifying anxiety use driven by their own interests. The article has a theoretical nature, is based on a critical analysis of social engineering and praxeology publications and illustrations cases of the ap¬plication of the social engineering tactics of fear in the 21st century.