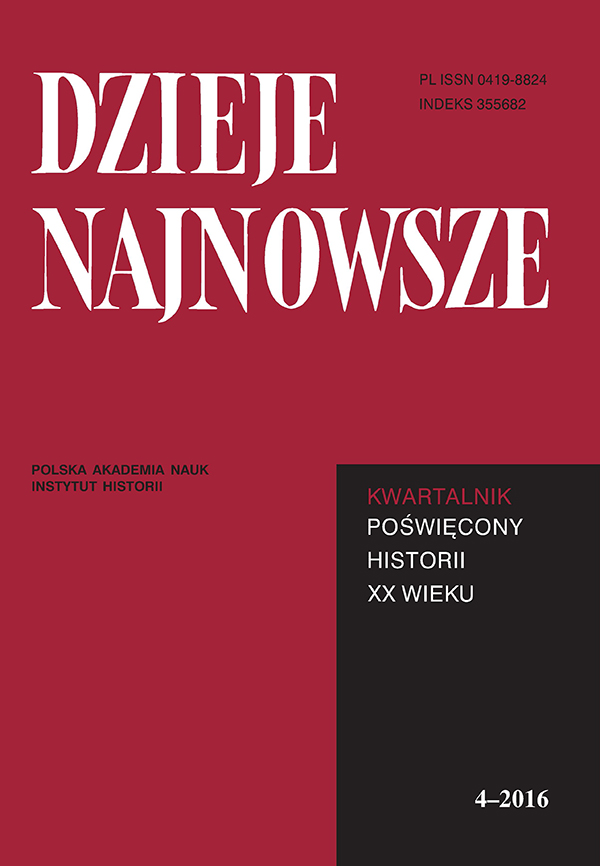 Od socjalizmu do socjalizmu. Koncepcje reform gospodarczych w PRL po wybuchach społecznych w 1956 i 1980 r.
From Socialism to Socialism. Conceptions of Economic Reforms in the People’s Republic of Poland after Social Outbursts in 1956 and 1980

Summary/Abstract: In the course of several decades the People’s Republic of Poland witnessed a number of attempts at reforming the economic system and undertaken, as a rule, upon the occasions of grave political crises and social revolts. Part of those reform programmes was created by milieus independent of the authorities or at the very least engaged in efforts to preserve the greatest possible autonomy. The presented text analyses reform programmes proposed after the revolt of 1956 and at the time of the first Solidarity movement (1980–1981). While analysing the texts of the planned economic solutions the authors demonstrated that the changes recommended by circles not connected with the communist authorities (or, as in 1956, endeavouring to preserve a certain degree of independence) did not exceed far beyond the range of a widely comprehended socialist economy. The authors of the reforms in question did not aim at constructing a new economic system, but rather tried to introduce solutions referring to the conception of market socialism.