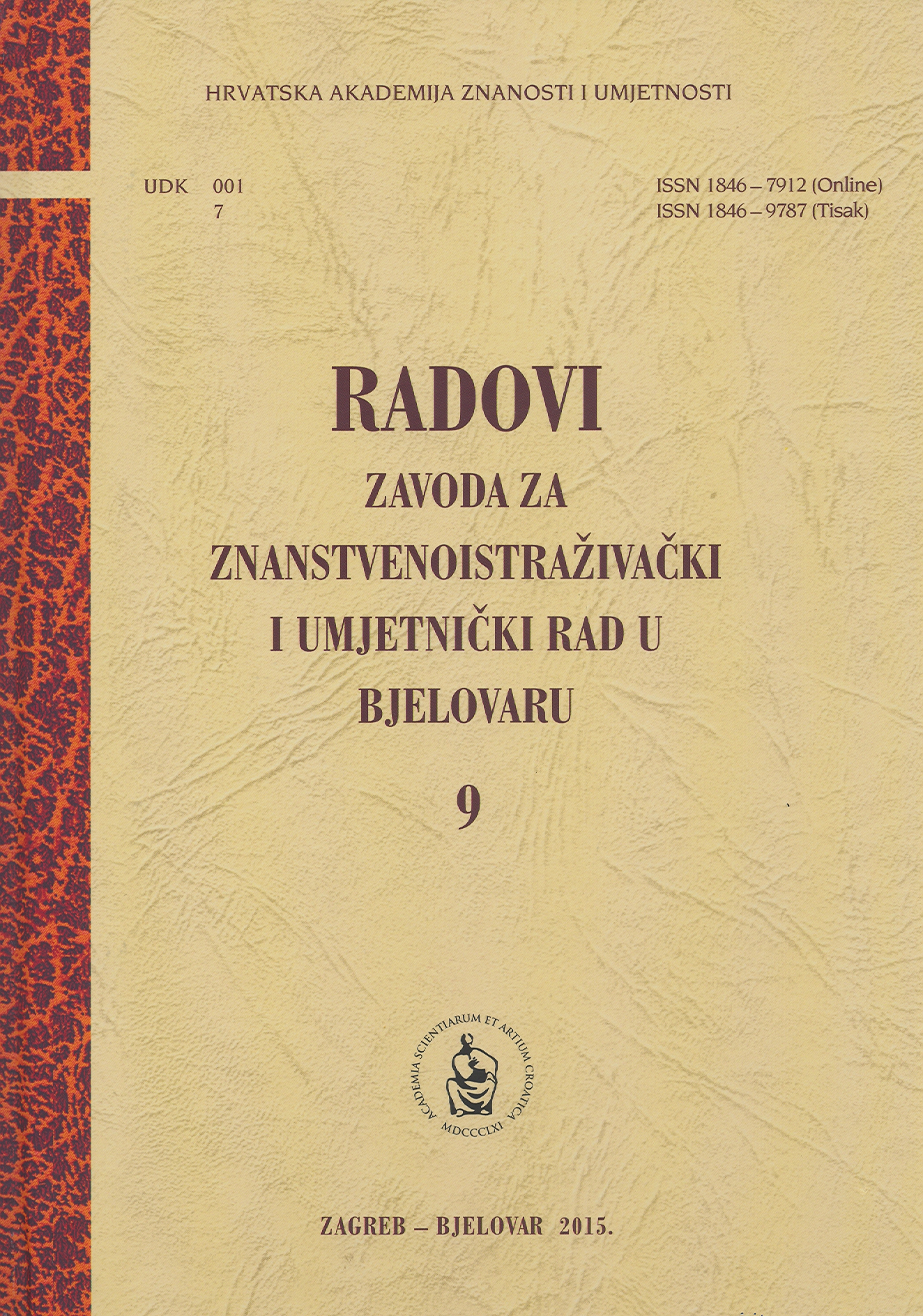 Summary/Abstract: Though the bastions of the city of Bjelovar were of symbolic character, and thus primarily presented more an indication of an urban entity borderline and less a real defence system, the manner in which they were transformed essentially defined the urban structure morphology. Levelling and transformation of the forts was realised within a fairly brief period at the turn of the 18th to the 19th century, whereby – following the best European examples – a representative urban stretch with a round street circling the former town centre, concentrated public town spaces and buildings of public use was formed. By analysing features of town planning according to the model defined in the author’s doctoral dissertation, it was established that Bjelovar belonged to the group of towns of integral type 1-B, characterised by a prevailingly mixed structure combined with buildings of (mostly) public use in the insulae, with a round street as a part of the traffic system in the area of the former forts, thanks to which the town-planning interpretation of space in the place they presently take in the urban matrix was enabled. The comparison with examples of Croatian and European cities (Varaždin, Vienna, Riga, Wroclaw and Würzburg), which belong to the same integral type according to town-planning features of space on the locations of bastion fortresses, has clearly indicated to the significance of the location rightfully referred to as the Bjelovar ring, and to the common town-planning principles of shaping cities in Croatia and Europe in the 19th century. It may therefore serve as an element in defining planning postulates of future town-planning interventions in the subject area.