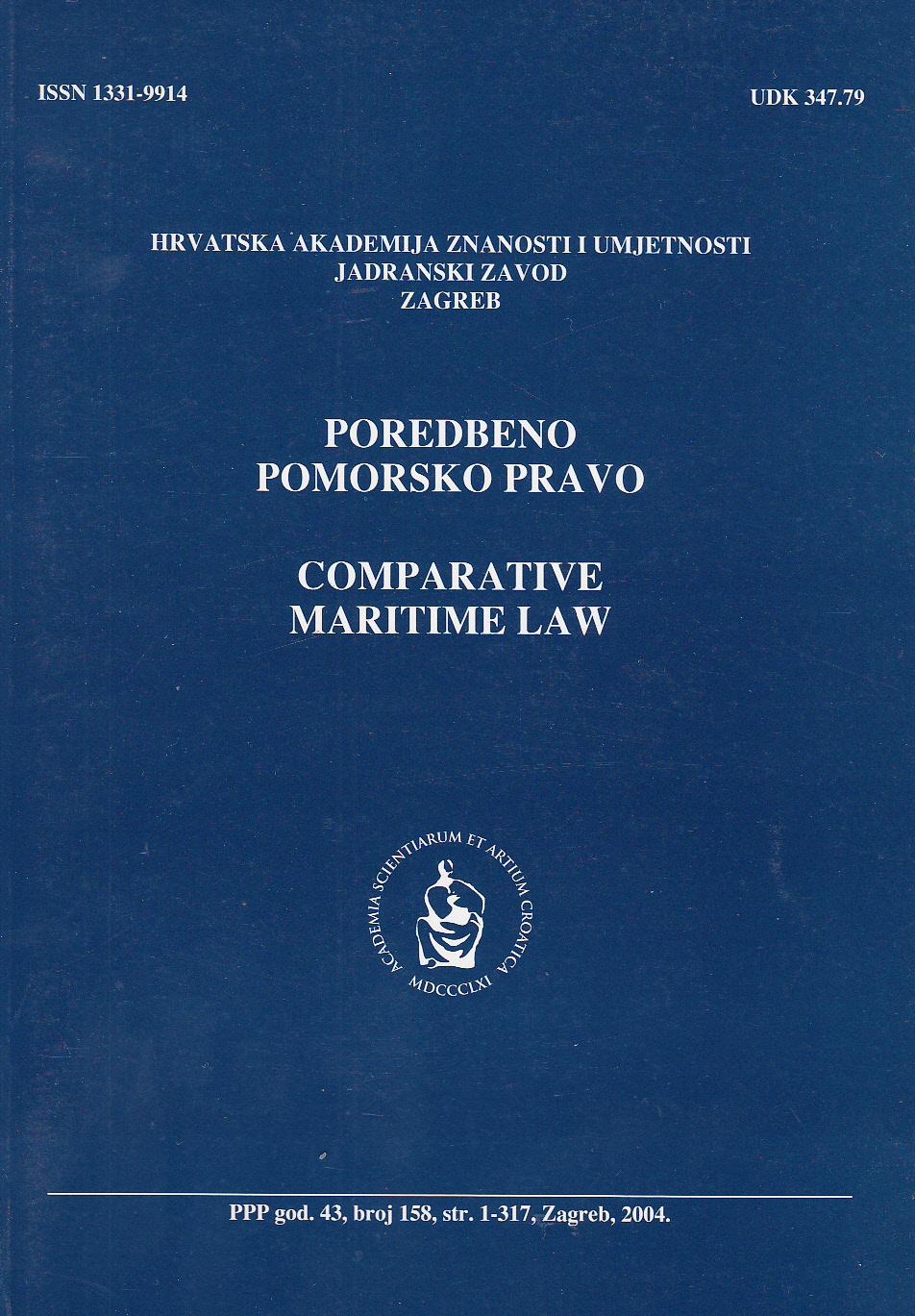 Atenska konvencija o prijevozu putnika i njihove prtljage morem 2002. godine
Athens Convention relating to the Carriage of Passengers and their Luggage by Sea, 2002

Summary/Abstract: A diplomatic conference held in London from 21 October to 1 November 2002 convened by International Maritime Organization (lMO) adopted a Protocol to amend the Athens Convention relating to the Carriage of Passengers and their Luggage by Sea, 1974. The Convention, as revised by the Protocol, together with final clauses and the annex of the 2002 Protocol, shall constitute a new convention called the Athens Convention relating to the Carriage of Passengers and their Luggage by Sea, 2002. The main reason to revise the 1974 Athens Convention was to strengthen the legal position and to provide better protection to sea passengers on international level by increase of carriers' liability for passenger personal injury and death claims, to require carriers to maintain compulsory insurance in respect of such liability and to allow direct action against insurers. Protocol, however, altered radically the 1974 Athens convention liability regime by introducing two tier liability system and adopting strict liability for death and personal injury claims caused by shipping incidents what in combination with increased limits of liability, compulsory insurance and direct action against insurers, establishes a new liability regime making questionable use of traditional P an I insurance arrangements as a means of compliance with adopted insurance requirements. The new Protocol, once in force, will have numerous legal and economical implications on shipping, ship's finance, insurance and even on tourism. It is, therefore, intention of this article to draw attention to some of the main differences introduced in the 2002 Protocol as against the 1974 Athens Convention, to some of legal and economical implications of the 2002 Protocol and to encourage further detailed analysis of all implications and possible consequences which will follow after entering of the 2002 Protocol in force as this inevitably will be of determinant importance in any consideration what is the interest of the Republic of Croatia, to ratify or not, the 2002 Protocol.