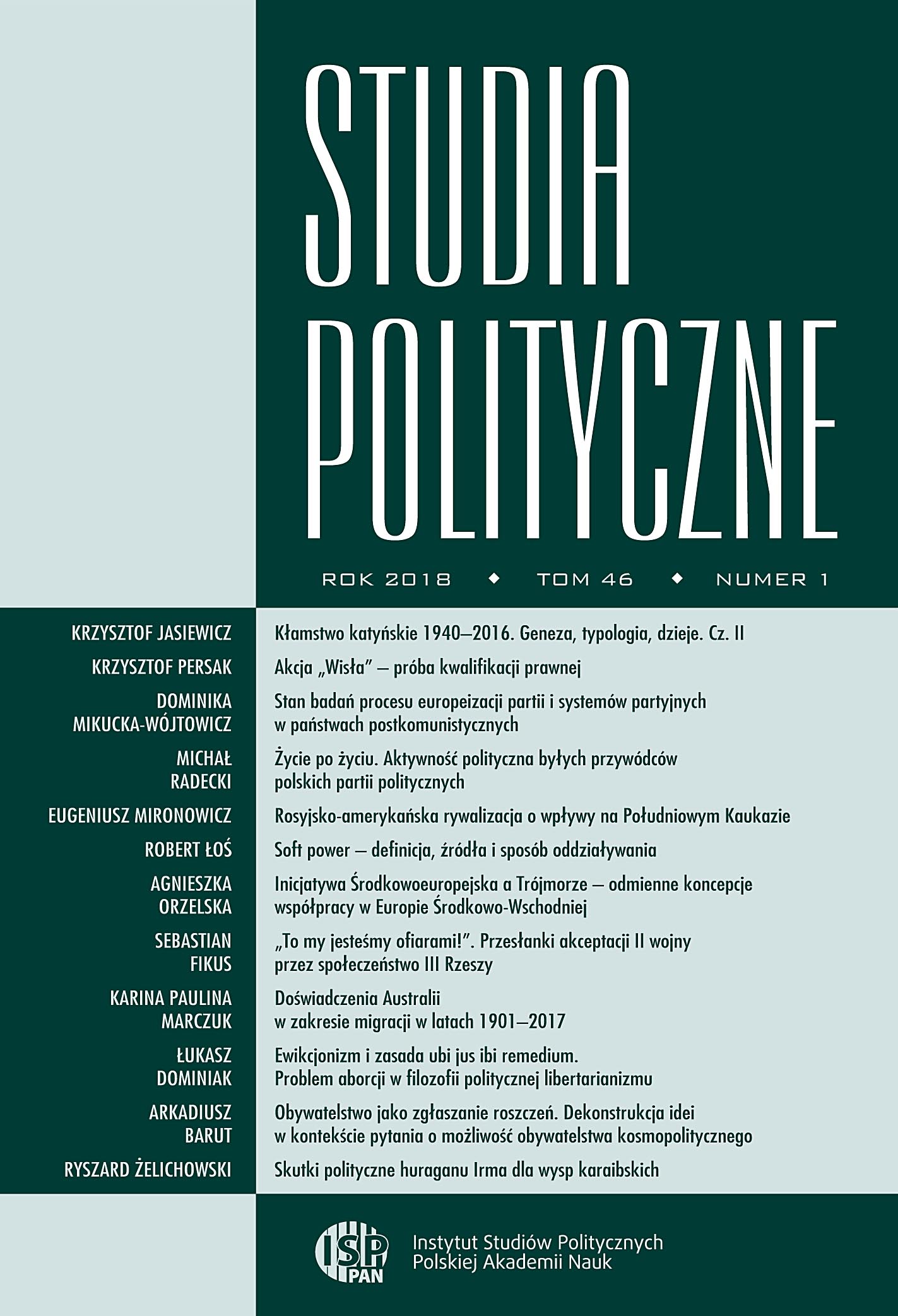 An attempt at legal qualification

Summary/Abstract: Operation Vistula was carried out in 1947 with an aim to liquidate partisans of the Ukrainian Insurgent Army (UPA) operating on the territory of Poland. While the military aspect of the operation does not cause controversy, the subject of undying disputes is the accompanying forced displacement of over 140,000 civilian Ukrainians and Lemkos, Polish citizens, whom the authorities regarded as supporters of the underground resistance movement. The article analyses the legal aspects of Operation Vistula from the point of view of international criminal law and domestic law. The concept of crimes against humanity, as defi ned in the Charter of the International Military Tribunal and the Rome Statute of the International Criminal Court, as well as the concept of communist crimes, as defi ned in the Act on the Institute of National Remembrance, are used as the basic normative standards for the assessment of the forced displacement operation. The article also raises the question of whether it is appropriate to refer to Operation Vistula as ethnic cleansing.